A tsunami warning is in effect in the Indian Ocean following powerful earthquakes off the coast of Indonesia’s Aceh province, prompting evacuations from coastal regions and alarm in areas struck by a devastating wave in 2004.

Wednesday’s first quake was measured at a magnitude of 8.6, according to the US Geological Survey, which revised down an earlier 8.9 estimate.

US seismologists reduced the area under watch for a possible tsunami.

The US Pacific Tsunami Warning Center in Hawaii said a tsunami watch now is in effect for Indonesia, India, Sri Lanka, Maldives and the British Indian Ocean Territory of Diego Garcia, removing several other countries from tidal wave risk.

A few thousand people were evacuated to higher ground from parts of India’s Andaman and Nicobar islands.

“There could be high waves of 1.5 metres at Port Blair and 3.9 metres at Campbell Bay,” said Prabhakar Rao, the official in charge of the disaster control room at Port Blair, the main town on the islands.

Small waves about half-a-metre high and within normal tide limits had already washed into the Campbell Bay area on the Great Nicobar island, the official said.

Phillip Charlesworth, head of the International Federation of Red Cross and Red Crescent Societies delegation in the Indonesian capital, Jakarta, told Al Jazeera that the first quake lasted for about three minutes.

“The shaking was quite violent, from conversations with our staff,” he said. “There appears to be no apparent damage. We certainly don’t know what the humanitarian impact is as yet. There are no reports of any tsunamis coming ashore, although local authorities are taking precaution of evacuating coastal communities.”

There were several strong aftershocks, including one at a 8.2 magnitude and the depth of 10km.

“The aftershock continued for four minutes, and it was strong,” an AFP news agency correspondent in Banda Aceh, the provincial capital, said. “People are panicking and running outside their home and from buildings.”

Al Jazeera’s Aela Callan said the tremors were also felt in Bangkok, where buildings swayed, but there were no reports of damage.

The initial quake had struck at a depth of 33km, 495km from Banda Aceh.

The tsunami watch was in effect across the whole Indian Ocean, including Australia, Pakistan, Somalia, Madagascar, and many other countries.

“Earthquakes of this size have the potential to generate a widespread destructive tsunami that can affect coastlines across the entire Indian Ocean basin,” the US Pacific Tsunami Warning Center said.

People in Banda Aceh jumped into cars and the backs of motorcycles, clogging streets as they fled to high ground.

Al Jazeera’s Syarina Hasibuan in Jakarta said people panicked across the island of Sumatra, running out of buildings and gathering in the streets.

“The earthquake was felt all the way to Padang, which is west Sumatra, and people ran out of buildings and there is really a lot of panic there.”

People on Twitter said tremors were felt in Singapore, Thailand, Malaysia and India. High-rise apartments and offices on Malaysia’s west coast shook for at least a minute.

In Sri Lanka, residents on the coast were ordered to move inland to avoid being hit by any large waves.

A government statement said waves could hit the island’s eastern port district of Trincomalee by about 10:40 GMT.

“There is a strong possibility of a tsunami hitting the island after the earthquake in Indonesia,” meteorological department deputy director M D Dayananda said.

He said the quake in Indonesia was felt in Sri Lanka, which is 1,340km northwest from the location of the quake.

People near the coast in six Thai provinces were ordered to move to higher places and stay as far away as possible from the sea. The Phuket airport, right on the coastline, was closed.

Al Jazeera’s Callan said phone lines were jammed as people were checking on their loved ones right after the tsunami alert was issued.

She said warning signals had been heard in southern provinces.

“Thailand is quite prepared for this. They hold drills regularly to be able to get tourists and residents to evacuate to higher areas.”

Indonesia straddles a series of fault lines that makes the vast island nation prone to volcanic and seismic activity.

A 9.1-magnitude quake off the country on December 26, 2004, triggered a tsunami in the Indian Ocean that killed 230,000 people, nearly three quarter of them in Aceh.

Al Jazeera’s meteorologist Kevin Corriveau explained the difference between Wednesday’s quake and that of 2004: “They were the same depth but the 2004 quake was a subduction earthquake – meaning one plate went underneath the other plate – which then pushed a lot of the water up and out from the epicentre,” he said.

“This [in Aceh] is a horizontal plate. The difference is that the two plates are slipping side by side, and not as much water is going to be displaced.

“Now that we are processing the data we know that it is a different kind of plate slippage, which is a little less damaging hopefully than the previous one.”

Are you in Aceh or any of the other regions for which a Tsunami alert has been issued? Send us any pictures, videos or information that you may have by tweeting us at @AJELive 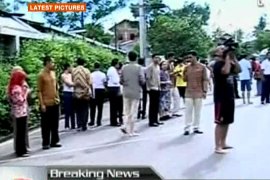 Mass evacuations and panic in streets of coastal areas of Indonesia and Thailand devastated by killer wave in 2004. 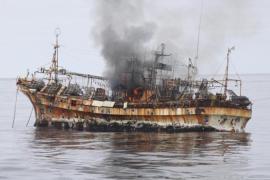 Crewless vessel, set adrift by 2011 disaster, scuttled in Gulf of Alaska after being deemed hazard to other shipping. 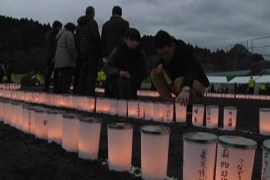 Many of those affected by last year disaster are still trying to piece their lives together.