A wave of car bombings and roadside blasts across several cities in Iraq have killed at least 50 people and wounded about 250 people, police and hospital sources say.

The attacks on Tuesday came just days before Baghdad is due to host an Arab League summit, the first meeting of the 22-nation body to be held in the Iraqi capital since Saddam Hussain’s 1990 invasion of Kuwait.

One of the deadliest attacks targeted the city of Karbala, where at least 13 people were killed, including five Iranian pilgrims, according to Hussein Shadhan al-Aboudi, a local provincial council member.

In the northern city of Kirkuk, a car bomb exploded near a police headquarters, killing 13 and wounding 30.

“We have also received parts of bodies, but we do not know who they belong to,” said Mohammed Abdullah, a doctor at Kirkuk hospital.

“We lost everything,” said Mohammed Sobheh, a policeman wounded in the Kirkuk attack. “Not one of my colleagues is alive; they were all killed. I will never forget their screams as long as I live.”

In Baghdad, a suicide car bombing opposite the foreign ministry building in central Baghdad killed three people and wounded nine others. A group affiliated to al-Qaeda said it had targeted the office that will oversee security when the Iraqi capital hosts the Arab League summit next week.

“Death is approaching you, when you least expect it,” the Islamic State of Iraq said in a statement.

Blasts also occurred in Baiji, Samarra, Tuz Khurmato, Daquq and Dhuluiya, all north of Baghdad, and Hilla and Latifiya in the south.

Another car bomb in Ramadi, capital of western Anbar province, killed two people and wounded 11, according to local police and medical officials.

Security forces in Iraq have been placed on high alert ahead of the Arab League summit.

Officials insist Iraq’s forces are capable of maintaining security for the summit, but have admitted they may need to effectively shut down Baghdad to do so.

Parliament speaker Osama al-Nujaifi condemned the “brutal criminal” attacks, and said they were part of efforts by al-Qaeda to “derail the Arab summit, and keep Iraq feeling the effects of violence and destruction.”

Tuesday’s violence was Iraq’s deadliest day since January 14, when 53 people were killed in a suicide bombing outside the southern port of Basra. 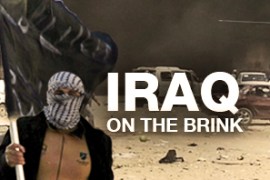 Iraq on the Brink

Iraq falls into violence as the Islamic State in Iraq and the Levant fights for control of the country. 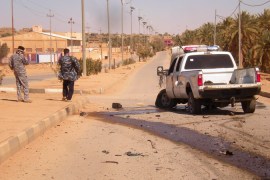 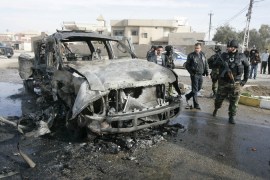 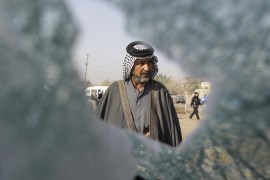