Credit ratings agency Moody’s has downgraded the debt ratings of six European countries including Italy, Portugal and Spain, and revised outlooks on the triple-A ratings of France, the United Kingdom and Austria to negative over eurozone debt fears.

The rating agency said on Monday it was making the changes “in order to reflect their susceptibility to the growing financial and macroeconomic risks emanating from the euro area crisis.”

The rating outlook of the nine countries was set to negative “given the continuing uncertainty over financing conditions over the next few quarters and its corresponding impact on creditworthiness”, New York-based Moody’s said in a statement.

The credit ratings of Slovakia, Slovenia and Malta were also downgraded. With the exception of the UK, all of the countries listed use the euro single currency.

It said the negative outlooks for France, the UK and Austria were due to “a number of specific credit pressures that would exacerbate the susceptibility of these sovereigns’ balance sheets”.

The move follows a similar one by Standard & Poor’s last month, when France and Austria lost their triple-A status, while Italy, Spain, Portugal, Cyprus, Malta, Slovakia and Slovenia were downgraded.

The credit agency said it was worried about the European Union’s ability to undertake the kind of reforms needed to address the crisis and the amount of funds available to fight it.

It also said the region’s weak economy could undermine austerity drives by governments to fix their finances.

Cristobal Montoro, Spain’s finance minister, said the downgrades were “contradictory”, given that Moody’s positive assessment of economic reforms introduced by the Spanish government.

But the UK’s finance minister said the threat to the country’s triple-A rating vindicated the government’s promise to reduce the country’s budget deficit through severe cuts on public spending.

“This is proof that, in the current global situation, Britain cannot waiver from dealing with its debts,” George Osborne, the finance minister, said.

“Moody’s are explicit that it is only the government’s ‘necessary fiscal consolidation’ that is stopping an immediate downgrade, which would happen if there were any ‘reduced political commitment to fiscal consolidation including discretionary loosening’. This is a reality check for anyone who thinks Britain can duck confronting its debts.”

The government has come under increasing pressure to soften its austerity measures to give a stalling economy room to breathe.

A European Commission report reportedly suggesting France and the UK could be subjected to investigation over imbalances within their economies could also add to market pressure on the countries. 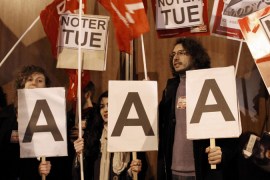 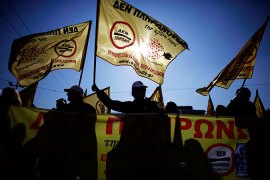 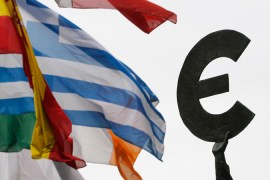 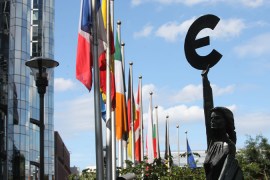