Syrian government forces have shelled two neighbourhoods in Damascus and raided a district in the capital, according to an activist group.

Tadamoun and Hajar al-Aswad, which have seen weeks-long clashes between rebels and government forces, were bombarded on Friday, according to the Syrian Observatory for Human Rights (SOHR).

The UK-based group also said that several people were arrested after security forces raided the district of Bab Sriejeh.

Opposition fighters, reportedly including members of the al-Qaeda inspired Jabhat al-Nusra group, battled Kurdish fighters in Ras al-Ain, near the border with Turkey.

When government forces withdrew from Kurdish areas in northeastern Syria in July, they were quickly replaced by fighters from the Kurdish Democratic Union Party, or PYD, who would then battle rebels when they attacked predominantly Kurdish areas.

Meanwhile, Ali Larijani, Iran’s parliament speaker, was in Damascus where he held talks with President Bashar al-Assad and other officials.

Larijani said before leaving Tehran that he would “try to find a solution to the Syrian problem” on a tour that will also take him to Lebanon and Turkey, Iran’s Mehr news agency said.

In Damascus, Larijani accused regional powers he did not name of causing “problems” in Syria, in an allusion to the main proponents of arming the rebels fighting to overthrow Assad’s regime – Qatar and Saudi Arabia.

“Syria has played an important role in supporting the resistance [against Israel] but some in the region want to carry out actions with negative consequences, to cause problems in Syria,” he told reporters.

Larijani stressed the need to engage in “political dialogue” with dissidents and carry out “democratic reforms” in Syria.

Iran is Assad’s strongest ally in the region, and anti-government activists accuse the country of sending both weapons and fighters to help the Assad government crush the 20-month uprising that the opposition says has killed about 38,000 people.

Syria said on Friday that plans by Turkey to site Patriot missiles along its border was “a new act of provocation,” while allies Iran and Russia warned the move would complicate the situation and could spark a regional conflagration.

Turkey turned to its NATO partners earlier this week to request the deployment of the surface-to-air Patriot missiles to protect its troubled border with Syria.

In its first reaction, the Syrian foreign ministry accused Ankara of causing “tension and destruction”.

The action is “a new act of provocation,” state television quoted a foreign ministry official as saying. 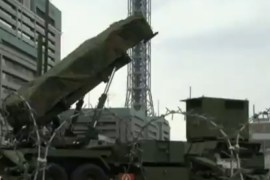 Moscow warns against deployment of Patriot surface-to-air missiles along border with Syria. 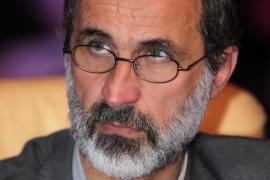 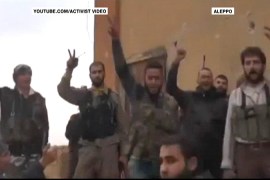