The micro-blogging service, Twitter, has announced that it has altered the technology behind the service to allow for country-specific censorship of messages.

The announcement comes as the San Francisco, USA-based company makes a push to expand into new territories hoping to increase their 100 million active user base and generate more money.

Twitter announced on Wednesday support for right to left languages – Farsi, Hebrew, Arabic and Urdu – in its crowd-sourced translation centre.

The move, announced in an entry titled “Tweets still must flow” on the company’s official blog, may raise concerns that the service could in fact be inhibiting free speech through the new policy.

In the blog post, Twitter says that in the global expansion, it “will enter countries that have different ideas about the contours of freedom of expression.

“Some [countries] differ so much from our ideas that we will not be able to exist there”.

The company says the new feature will be an improvement upon the old technology, which would see individual tweets deleted all over the world.

Twitter says it has authored the new feature with transparency in mind. In a move similar to search engine Google, Twitter says it “will attempt to let the user know, and we will clearly mark when the content has been withheld.”

Though Twitter says it has yet to utilise the feature, it, like Google, will share removal requests from companies, individuals, and governments on the webiste chillingeffects.org.

One reason the service is believed to censor tweets is that if Twitter defies the laws of a nation where its employees reside, they then could face arrest.

The 140-character messages, or tweets, that make up the content of the service, like social media website Facebook, was touted by some as responsbile for the string of protests known as the Green Movement following Iran’s highly-contested tenth presidential election in 2009 and the recent uprisings in the Arab world.

This was a role that Twitter and other public figures embraced, most notably, Mark Pfeifle, a former US national security adviser.

In the summer of 2009, Pfeifle called for Twitter to be nominated for the Nobel Peace Prize in response to the role he said the service played in Iran’s Green Movement.

Most of the tweets deleted worldwide through their previous technology, had contained child pornography. 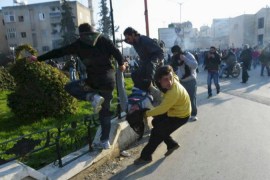 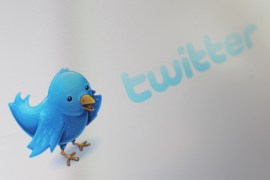