Aid agency Medecins Sans Frontieres (MSF) has halted its work in detention centres in a Libyan city because it said its medical staff were being asked to patch up detainees mid-way through torture sessions so they could go back for more abuse.

“Patients were brought to us in the middle of interrogation for medical care, in order to make them fit for more interrogation,” Christopher Stokes, MSF general director, said in a statement on Thursday.

Rights groups have repeatedly raised concerns about torture being used against people, many of them sub-Saharan Africans, suspected of having fought for former dictator Colonel Muammar Gaddafi’s forces during Libya’s nine-month civil war.

The agency said it was in Misrata, about 200km east of Tripoli, the capital, to treat war-wounded detainees but was instead asked to treat fresh wounds from torture.

“This is unacceptable. Our role is to provide medical care to war casualties and sick detainees, not to repeatedly treat the same patients between torture sessions,” said Stokes.

The agency said it has raised the issue with the authorities in Misrata and with the national army. “No action was taken,” said Stokes. “We have therefore come to the decision to suspend our medical activities in the detention centres.”

Reports of the mistreatment and disappearances of suspected Gaddafi loyalists have embarrassed Libya’s ruling National Transitional Council (NTC), which has vowed to make a break with practices under Gaddafi and respect human rights.

The allegations are also awkward for the Western powers which backed the anti-Gaddafi rebellion and helped install Libya’s new leaders.

The NTC has appealed to its citizens not to carry out reprisals against Gaddafi loyalists and it says it will investigate any abuses. There was no immediate comment from the NTC on the aid agency’s allegations.

The ability of the government in Tripoli to rein in torture is limited because, in most cases, it is carried out by locally based militias who are outside the NTC’s chain of command.

Al Jazeera’s Stefanie Dekker, reporting from Tripoli, said “the government is facing real challenges” in their efforts to “get the jails back under some kind of official control”.

“We have to remember that this is an interim period, the country is getting back on its feet and the court systems are not up and running as they should be,” she said.

Human rights group Amnesty International said on Thursday it had evidence of several detainees dying after being subjected to torture, including some in Misrata.

“The torture is being carried out by officially recognised military and security entities, as well by a multitude of armed militias operating outside any legal framework,” it said in a statement.

Amnesty quoted one man who said he had been tortured earlier this month in the headquarters of Misrata security forces.

“They took me for interrogation upstairs. Five men in plain clothes took turns beating and whipping me,” Amnesty quoted the man as saying.

“They suspended me from the top of the door by my wrists for about an hour and kept beating me. They also kicked me.”

The rights watchdog said the detainees, both Libyans and foreigners from sub-Saharan Africa, were tortured soon after they were seized by armed groups in officially recognised detention centres in places like Misrata.

Misrata withstood a devastating siege by Gaddafi’s forces during last year’s uprising. Its fighters later unleashed a fierce attack on the dictator’s hometown of Sirte, where he was killed on October 20.

“Several detainees have died in the custody of armed militias in and around Tripoli and Misrata in circumstances that suggest torture,” Amnesty said.

Donatella Rouvera, senior adviser at London-based Amnesty, said in the statement that it was “horrifying to find that there has been no progress to stop the use of torture”.

“We are not aware of any proper investigations into cases of torture,” she said.

Rouvera said the issue was aggravated as the police and judiciary remained “dysfunctional” cross Libya.

On Wednesday, the United Nations special representative in Libya, Ian Martin, expressed concern about the armed groups which he said were not under the control of the interim government.

Martin told the Security Council meeting that the Libyan justice ministry had so far taken over six prisons from the revolutionary brigades.

The UN envoy gave no figures for the number of people held by the fighters. Ban Ki-moon, the UN secretary-general, said in a report last November there were an estimated 7,000 prisoners.

Abdurrahman Mohamed Shalgham, the Libyan ambassador to the UN, told the Security Council there were more than 8,000 prisoners in Tripoli alone, but did not make it clear if that included people held by the authorities.

Shalgham said his government condemned the use of unauthorised detention centres. 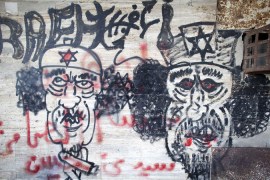 Did Libya’s NTC lose control of its fighters?

Inside Story examines reports of atrocities committed during the final weeks of battle and asks if these were justified. 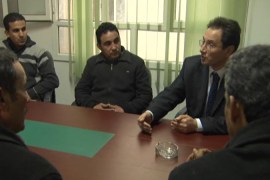 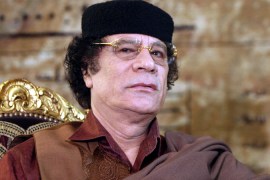 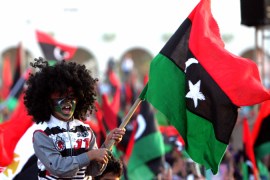 Libya: When the impossible became possible

Libyans gather in The Cafe to discuss the daunting task of rebuilding their country after the revolution.