At least 11 people have been killed and six others injured in a car bomb explosion near Iraq’s main northern city of Mosul, according to officials.

The bomb on Monday morning targeted an internally displaced persons camp for a small minority group in the town of Bartala, officials said.

A member of the provincial council has told Al Jazeera that police found a second car bomb at the scene and closed the area for several hours to defuse it.

The blast occurred inside the Al-Ghadir camp housing displaced members of the Shabak community, a sect of Kurdish origin, according to an army official and a medic at Mosul General Hospital.

The medic said women and children were among the fatalities, but did not give further details. He said some of the injured had been transferred to a hospital in the nearby Kurdish regional capital Erbil.

The Shabak community numbers about 30,000 people living in 35 villages in Nineveh, and many want to become part of the autonomous Kurdish region of northern Iraq.

They speak a distinct language and largely follow a faith that is a blend of Shia Islam and local beliefs.

The Shabak community was persecuted under former Iraqi ruler Saddam Hussein, and after the 2003 US-led invasion of Iraq they were targeted on a number of occasions.

Levels of violence have declined dramatically in Mosul and nearby towns and villages.

Monday’s violence came a day after fighters mounted a wave of attacks in the western city of Ramadi before laying siege to a police compound, raising doubts about security forces’ capabilities after US forces completed their withdrawal last month.

The attack left seven policemen dead and 16 wounded, the latest in violence that has killed more than 200 people in less than a month.

Political tensions in Iraq have been high since December, prime minister Nouri al-Maliki’s government ordered the arrest of a vice-president, touching off a crisis that many fear will bring a relapse into sectarian conflict.

On Saturday, a suicide bomber disguised as a policeman killed at least 53 people and wounded scores in an attack on pilgrims at a checkpoint in the southern city of Basra.

Mosul, in northern Iraq, was once an al-Qaeda stronghold, and witnessed some of the fiercest fighting during the war that followed the 2003 US-led invasion.

The eastern outskirts of Mosul form part of the disputed areas between the central government and the semi-autonomous Kurdistan Region Government in the north.

The disputed territories between Iraqi Arabs and Kurds are seen as a flashpoints for possible conflict after the last American troops left Iraq in December, nearly nine years after the invasion that ousted Saddam Hussein. 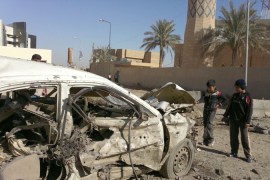 A series of car and roadside bombs strike Ramadi, west of Baghdad, in an alleged attempt to free al-Qaeda prisoners. 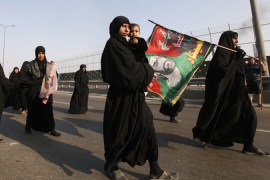 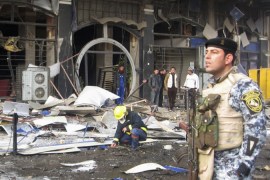 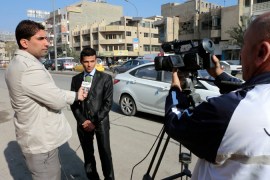