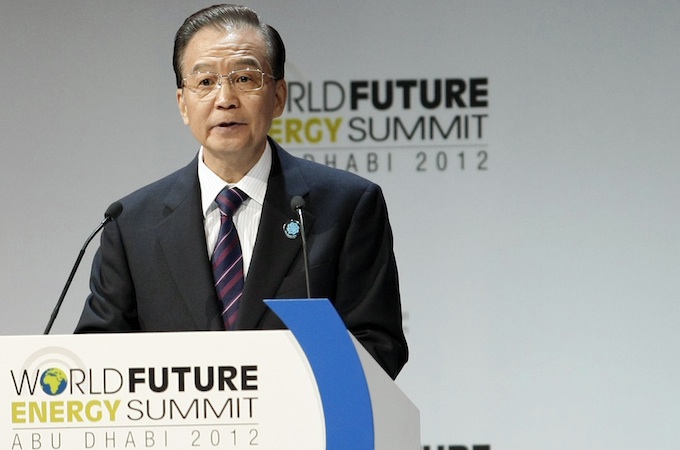 Saudi Arabia will make up for any shortfall in world oil supply caused by sanctions against Iran, the country’s oil minister has said, despite warnings from Iran that such a move would provoke unspecified “consequences”.

The US has already approved a sanctions bill which penalises companies for dealing with Iran’s central bank. The bank processes Iran’s oil revenues, so the law would make it impossible for many countries to buy Iranian oil.

The European Union is now considering a similar set of measures, with a final decision expected within the next two weeks.

Concerns over the effects of sanctions, and a series of provocative statements from Riyadh and Tehran, have already helped to push crude oil prices above $111.

Ali al-Naimi, the Saudi oil minister, told CNN on Monday that his country could increase production by two million barrels “almost immediately”. Iran exports roughly 2.5 million barrels per day, so that increase would make up for most of the Iranian supply.

Iran, though, has threatened to retaliate: A senior military adviser said that Iran would “use any tools” to protect itself, and the country’s OPEC envoy threatened that Saudi Arabia and other states would face consequences for boosting their oil output.

“We would not consider these actions to be friendly,” Mohammad Ali Khatibi said on Saturday, according to Sharq newspaper. “They will be held responsible for what happens … one cannot predict the consequences.”

Amidst those tensions, Wen Jiabao, the Chinese premier, is partway through a six-day tour of the Arabian Peninsula. His country is one of the largest importers of Iranian oil, and analysts say his trip is at least partly an effort to line up alternate suppliers.

Wen’s stop in Abu Dhabi on Monday was his first-ever trip to the United Arab Emirates. It followed his first visit to Saudi Arabia in two decades.

“It’s important to separate the short-term tactical issue, which is about Iran and confirming alternate energy supplies are in place to replace Iran… and then long-term, China’s policy of deepening its ties with the Gulf,” Robin Mills, an analyst with Manaar Energy Consulting in Dubai, said.

Chinese officials have hinted that they will not abide by sanctions on Iran’s oil industry, partly because of their foreign policy, and partly because of simple math. China is the second-largest importer of Iranian oil: it purchases roughly 430,000 barrels per day, roughly one-sixth of Iran’s total output. Those supplies would be difficult to replace in a tight market.

A Chinese company, Zhuhai Zhenrong Co, was sanctioned by the US last week for doing business with Iran’s oil industry. The sanctions prompted a terse response from the Chinese foreign ministry, which expressed its “strong dissatisfaction”.

“Like many other countries, China maintains normal cooperation with Iran in energy, economid and trade fields,” Liu Weimin, a spokesman for the ministry, said in a statement.

“It’s dangerous to read too much into state visits, but there is no doubt that when [Wen] was in Saudi Arabia he was discussing whether they would fill the gap should the need arise,” Paul Stevens, an energy analyst at Chatham House, said.

The Obama administration has also tried to persuade Iran’s other major Asian customers, notably Japan and South Korea, to reduce their imports. Japan has reportedly started to look for alternate suppliers. South Korea, meanwhile, wants a waiver from the US sanctions to allow it to continue to purchase Iranian oil.

Analysts are divided on whether Saudi Arabia will actually increase its exports. Practically speaking, it is feasible: Saudi Arabia currently pumps about 10 million barrels per day, and has about 2.5 million barrels in excess capacity. But the threat of retaliation from Iran could dissuade the Saudis from boosting production.

And if Saudi Arabia increased output – maxing out its production – oil prices would probably jump.

“The problem then is that you have no spare capacity left anywhere, except in Iran,” Mills of Manaar Energy Consulting said.

“Prices would inevitably price. Even if the amount of supply is the same, the markets would see the system is running at close to full capacity.”

Al-Naimi, the Saudi oil minister, also expressed his doubts that Iran could successfully blockade the Strait of Hormuz, the waterway through which one-fifth of the world’s oil is shipped.

Iran has threatened a blockade in response to any oil embargo. “I personally do not believe that the strait, if it were shut, will be shut for any length of time,” al-Naimi said.

Few analysts think Iran will actually block the strait in response to an embargo. The blockade would inevitably be short-lived: The strait is fairly wide – 54km at its narrowest point – and a thinly spread Iranian navy would quickly be overpowered by forces from the US and, perhaps, its regional allies.

Blocking the strait now would also deprive Iran of a key deterrent to dissuade Israel from attacking its nuclear sites.

“The credible threat to close Hormuz is the main deterrent against the US/Israeli threat to attack the Iranian nuclear facilities,” Stevens of Chatham House said. “So it’s unlikely that they will use their trump card in this situation.”

Instead, Stevens said, Iran could take other steps to retaliate, like threatening its Arab neighbours in the Gulf and targeting US or European interests in Afghanistan.