The Taliban say they will step up “political efforts” to secure peace in Afghanistan in response to US moves to open new talks with the group, but a spokesman for the movement said it did not intend to give up its armed struggle as a precondition for negotiations.

The statement on Thursday comes as a suicide car-bomber killed a district governor and four others in southern Kandahar province.

The Taliban also said its involvement in any talks did not constitute an acceptance of the legitimacy of Afghan President Hamid Karzai’s government.

“This understanding does not mean a surrender from Jihad and neither is it connected to an acceptance of the constitution of the stooge Kabul administration,” the statement said.

In a separate statement condemning video footage purporting to show US marines urinating on dead bodies in Afghanistan, the Taliban said the incident would not affect peace negotiations.

“This will not affect the negotiations with the Americans because they are only about the release of prisoners and the office in Qatar,” it said.

Hillary Clinton, the US secretary of state, said on Wednesday that efforts to begin talks were still at a preliminary stage and said the Taliban would need to renounce violence before negotiations could begin.

“We are still in preliminary stages of testing whether this can be successful and we remain committed to the red lines that we have consistently laid out; namely, that both the Afghan government and the international community must see the insurgents renounce violence, break with al-Qaeda and support the laws and constitution of Afghanistan,” Clinton said.

Clinton said no decision had been made to release Taliban prisoners from Guantanamo, a condition laid out by the armed movement for starting talks.

Marc Grossman, Obama’s special representative for Afghanistan and Pakistan, is expected to travel to Qatar and Afghanistan next week. He will hold talks with Karzai in Kabul and later travel to Turkey, Saudi Arabia and the United Arab Emirates to solicit their support, a senior US official said, according to the Reuters news agency.

Karzai has been less enthusiastic towards any arrangement that would lead to the Taliban sharing power and last month recalled Afghanistan’s ambassador to Qatar over reports that the group had opened an office in Doha.

Mullah Abdul Sallam Zaeef, the former Taliban ambassador to Pakistan, told Al Jazeera the efforts for talks had been on the way for the past two and half years.

“There is some concern inside Afghanistan, especially in the presedential house. They are blaming both sides that they are not involved in that [peace talks].This is an obstacle that will delay the process. But this [process] will be continuing, I don’t think it will stop.”

Karzai’s support would allow the administration to lock in a sequence of confidence-building measures that include the formal opening of the Taliban office, the possible transfer of senior Taliban prisoners from Guantanamo to detention in Qatar, and a Taliban statement distancing itself from terrorism and expressing willingness to take part in a political process.

However, it would be difficult for the US to release Taliban prisoners held at Guantanamo as the move would have to be passed by the Congress.

Al Jazeera’s Bernard Smith, reporting from Kabul, said: “I think the Americans want the Afghan government on side in these talks; ultimately they want all Afghan parties talking to each other.”

“The problem is Karzai has only so far given a very lukewarm reception to the idea of the Taliban opening an office in Qatar. He wanted that office first of all in Afghanistan and alternatively in Saudi Arabia or Turkey; Qatar was his last choice. But eventually he was arm-twisted by the Americans.

“His concern is that Afghan government will be left out of the loop, and the other problem is that the Taliban won’t talk directly to the Afghan government. The Taliban will talk only to people they believe are really pulling the strings here in Afghanistan, and that’s the Americans.”

Another crucial player in any eventual peace talks would be neighbouring Pakistan, which has kept a low profile so far.

Al Jazeera’s Kamal Hyder, reporting from Islamabad, said: “Pakistan has said all along that it has been marginalised by the major parties who are negotiating in Afghanistan.”

He said Pakistan had boycotted last month’s international conference in the German city of Bonn on Afghanistan’s future.

“Pakistan is caught in a predicament… Without Pakistan’s involvement the talks will not be realistic,” our correspondent said.

The Obama administration’s focus has been stability in Afghanistan after most foreign combat troops completely pull out by 2014, and any possible deal with the Taliban would aim to achieve that.

The Taliban and its allies remain potent adversaries more than a decade after being toppled in a US-led invasion. More than 400 US soldiers were killed in Afghanistan in 2011, the second highest yearly total since the war began in 2001. 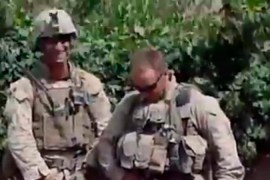 President’s spokesman says handing over control of certain areas would be an affront to country’s territorial integrity. 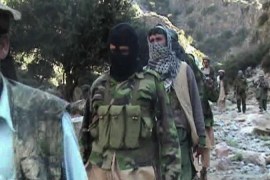