Arab countries should intervene in Syria out of “national, humanitarian, political and military duties” in the face of the UN Security Council’s failure to act, Qatari Emir Sheikh Hamad bin Khalifa Al Thani has said.

He suggested in his speech on Tuesday at the annual UN General Assembly in New York City that bypassing the Security Council would enable a peaceful transition of power in Syria.

Violence in the country continued on Wednesday morning, as state television and activists reported two large explosions at the army general staff building in central Damascus. Syria’s information minister said the explosions had resulted in “only material damage”.

In New York, Sheikh Hamad criticised the Security Council for failing “to reach an effective position”.

“In view of this, I think that it is better for the Arab countries themselves to interfere out of their national, humanitarian, political and military duties and do what is necessary to stop the bloodshed in Syria,” he said.

Western powers are opposed to direct intervention, and the Security Council, which includes Syrian allies China and Russia, has been unable to pass even a resolution calling for President Bashar al-Assad to step down.

“We had a similar precedent when Arab forces intervened in Lebanon in the mid-’70s … to stop internal fighting there in a
step that proved to be effective and useful,” Sheikh Hamad said.

He urged countries to provide “all sorts of support” to Syrians until they gain legitimate rights.

US President Barack Obama, also speaking at the General Assembly on Tuesday, again called for the Assad’s removal but provided no clear plan.

Qatar, along with Saudi Arabia and Turkey, strongly supports the mainly Sunni Muslim Syrian rebels, while mainly Shia Iran backs Assad, whose Alawite minority is an offshoot of Shia Islam.

Activists and the UN say that more than 20,000 people have been killed in Syria’s uprising, which began as peaceful demonstrations for reform 18 months ago but turned into an armed insurgency fighting to topple Assad, with sectarian overtones that could drag in regional powers.

Media reports have suggested that rebels are purchasing some of their arms from sources in Turkey with funds provided by Qatar and Saudi Arabia, possibly assisted by US and European intelligence agencies.

Sheikh Hamad denied that Qatar had been arming the rebels, saying that his country provided logistic and humanitarian help, and said a Sunni-Shia confrontation would be catastrophic.

Following the General Assembly speeches, violence again resumed in Syria, with twin blasts striking the headquarters of the army general staff in the heart of Damascus.

Information Minister Omran Zoubi said the blasts were caused by two roadside bombs, one of which maye have been placed inside the grounds of the army headquarters.

He said the explosions went off minutes apart just before 7am in the heavily guarded Umayyad Square district, shattering windows in nearby buildings.

The attack was similar to one staged earlier this month in the same area that struck a building housing security staff for the army general headquarters, leaving two soldiers in critical condition.

Hala Jaber, a correspondent for the Sunday Times, wrote on Twitter that the top two floors of the building appeared to have caught fire and men on the roof were waving their arms, possibly signalling for rescue.

Bombs planted by rebels exploded on Tuesday at a school building occupied by security forces and pro-government militias in Damascus.

“At exactly 9:35am, seven improvised devices were set off in two explosions to target a school used for weekly planning meetings between shabbiha militia and security officers,” said Abu Moaz, a leader of rebel group Ansar al-Islam.

“There were several officers present, and we are hoping they will be part of a large number of killed in this operation.”

While the 18-month conflict continued in Damascus, it also spilled over the border into Israeli territory for the first time.

A source in the area told the Reuters news agency that the orchard where the shells fell belonged to an Israeli agricultural community which lies close to Syrian villages where fighting has flared between Syrian rebels and forces loyal to Assad.

The incidents came as the UN convened for its annual General Assembly in New York City, where Lakhdar Brahimi, the new UN-Arab League envoy, briefed the Security Council and reportedly told representatives that Assad was “not serious about making reforms”.

In another development, a global children’s aid agency warned that Syrian children are being “badly traumatised” after witnessing killings, torture and other atrocities in their country’s brutal conflict.

Save the Children said it has collected “shocking testimony” revealing that “children have been the targets of brutal attacks, seen the deaths of parents, siblings and other children, and have witnessed and experienced torture.”

Released on Tuesday, the collection of first-hand accounts of the conflict from Syrian children and parents after fleeing their country contains graphic details of how children have been caught up in Syria’s war, “witnessing massacres and in some cases, experiencing torture”.

The report gave detailed accounts of several children who witnessed horrific atrocities in their country.

“Dead bodies along with injured people were scattered all over the ground. I found body parts all over each other. Dogs were eating the dead bodies for two days after the massacre,” it quoted 14-year-old Hassan as saying.

Another Syrian boy, Wael, 16, said he knew a six-year-old boy who “was tortured more than anyone else … he only survived for three days and then he simply died.”

The global organisation urged the UN to step up its documentation of all violations of children’s rights in Syria. 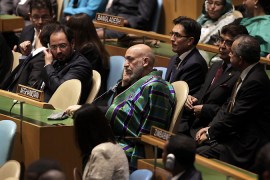 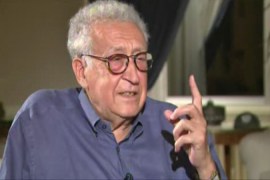 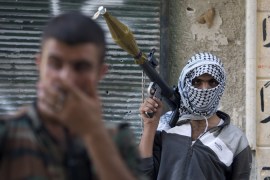 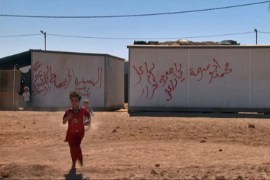