Egypt’s ruling military council head has testified in the trial of Hosni Mubarak in a hearing that could decide the fate of the ex-president accused of responsibility for the deaths of hundreds of demonstrators earlier this year.

Field Marshal Hussein Tantawi arrived under military escort on Saturday morning at the heavily guarded courtroom in Cairo for the nearly hour-long testimony, which is under a complete media blackout. Mubarak was present in the courtroom during Tantawi’s testimony, lying on a gurney inside the defendants’ cage.

Tantawi, who was defence minister for two decades, could provide critical insight into Mubarak’s alleged role in the deaths of nearly 850 protesters as well as insider revelations about the former regime’s final days.

The trial is also seen as a test between Egypt’s traditional power structure and the impatience for clear breaks with the past, seven months after Mubarak was toppled in February and power shifted to a military council headed by Tantawi.

As Tantawi testified, dozens of activists and families of slain protesters rallied outside the court, chanting, “Tantawi, tell the truth, is Mubarak a killer or not,” as they waved pictures of those killed in the uprising.

A group of pro-Mubarak supporters also rallied outside the courtroom, separated from the families of the slain protesters by anti-riot police and army troops.

Gomaa Ali, a lawyer representing the family of 17-year-old slain protester Mohammed Abdel Gawad, said he expected Tantawi’s testimony to be “decisive in convicting Mubarak” because he was part of the former president’s inner circle.

“He was inside the operation room, behind the closed doors all during the days of the revolution. He knows all the secrets,” said Ali.

Tantawi was initially set to testify on September 11, but failed to attend the session citing a busy schedule and instead offering to submit a written testimony. The development at the time raised suspicions of hesitation by Mubarak’s former allies to face him in court and possibly shed embarrassing secrets.

But the judge summoned Tantawi again and he agreed to appear at Saturday’s hearing.

The trial depends heavily on accounts of members of the former president’s inner circle who testified last week. Among those who testified was spy chief Omar Sueliman, who was appointed vice president by Mubarak during the uprising.

Egypt’s Chief of Staff Sami Anan – the second highest-ranking figure on the military council – is expected to testify on Sunday.

The lawyers of victims’ families had demanded Tantawi testify because he had publicly suggested the army rejected the use of force against protesters.

Addressing a graduation ceremony of police cadets in May, Tantawi said the Supreme Council of the Armed Forces convened in the middle of the uprising and decided not to open fire at the protesters. But he didn’t elaborate on who gave the orders for security forces to turn their weapons against protesters. 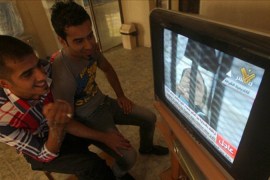 The private trial of the Mubaraks

Many Egyptians have been angered by the decision to stop the live broadcasts of Hosni Mubarak’s trial. 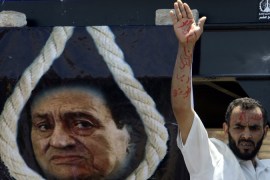 Egypt: The trial of the century

Mubarak’s trial has divided Egyptians in how to mete out justice – but it’s still too early to tell what will happen.