A mass grave with the remains of 1,700 prisoners killed during a notorious crackdown by Muammar Gaddafi’s regime has been found, the country’s new rulers say.

News of the gruesome find came on Sunday as hundreds of fighters of the National Transitional Council thrust into Sirte, Gaddafi’s hometown.

Khalid Sharif, a spokesman for the NTC’s military council, said the prisoners were executed at Tripoli’s notorious Abu Salim jail in 1996.

“We found the place where all these martyrs were buried,” said Sharif, adding it was evidence of “criminal acts” by Gaddafi’s regime.

Salim al-Farjani, a member of the committee set up to identify the remains, appealed for international help.

“We call on foreign organisations and the international community to help us in this task of identifying the remains of more than 1,700 people,” said Farjani.

The massacre of the inmates helped trigger the revolt in February, when families of Abu Salim victims in the eastern city of Benghazi called for protests against the arrest of their lawyer.

Farjani said he witnessed the gruesome site where the Abu Salim victims were found.

“We were invited to visit the place where the corpses of the prisoners at Abu Salim were found, where we saw scattered human bones,” he said.

Farjani also referred to “egregious acts committed against dead bodies, on which acid was poured to eliminate any evidence of this massacre”.

International rights groups had for years urged Gaddafi’s regime to come clean about the fate of prisoners killed at the jail.

Explosions rocked the city and plumes of smoke rose into the sky a day earlier, as NTC fighters backed with rockets and heavy artillery launched attacks and Gaddafi’s forces returned fire with mortars and rocket-propelled grenades.

But Al Jazeera’s Zeina Khodr, reporting from the outskirts of Sirte, said NTC fighters were forced to pull back “after a fierce and intense battle. Both sides were using heavy power”.

An NTC commander told our correspondent that the forces retreated because there were not enough to hold territory, and they had endured a high casualty toll among their ranks.

“In fact the casualty toll on Saturday was nine dead among the anti-Gaddafi fighters and up to 97 wounded, mostly as a result of snipers’ fire,” Khodr said.

“We have to remember these are inexperienced fighters.”

Khodr added that the NTC commanders are adamant that they were not “forced” to pull back from Sirte’s centre.

“They are calling it a tactical retreat” because they said they achieved their three objectives in Sirte, our correspondent reported.

“One of the objectives was to create a corridor to allow families to actually escape; the second objective was to secure the periphery of Sirte; and the third objective was to block any possible escape route for Gaddafi fighters.”

However, what was achieved from these objectives is quite debatable, Khodr said.

“Not a lot of civilians managed to get out, [besides just] dozens of them. Thousands of people remained trapped inside Sirte… where people lacked food, fuel, running water and electricity.

“It has been a while since these families [have been] living in unbearable conditions.

“Yet it is very difficult to know if these people actually want to leave because Gaddafi does enjoy support in Sirte.”

Besides Sirte, Bani Walid, where medics say at least 30 NTC troops were killed in the past 24 hours, remains the only other major urban area left under Gaddafi’s control.

Taking Sirte would be a huge boost for the NTC as it tries to establish credibility as a government, and a devastating blow for Gaddafi, widely believed to be on the run inside Libya.

NATO, whose warplanes played a vital role in the six-month war that toppled Gaddafi, said its planes had hit a number of targets in Sirte, including an ammunition depot and an anti-aircraft gun.

It said in a statement the air attacks had been mounted to protect civilians from Gaddafi forces inside the town.

A Gaddafi spokesman has accused NATO of killing several hundred civilians in strikes on Sirte. Communications have been largely cut off since the fall of Tripoli. 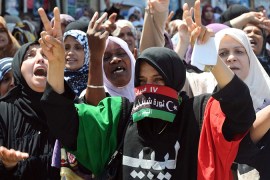 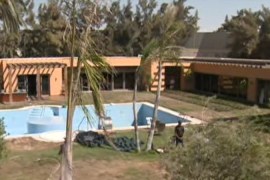 Inside a Gaddafi compound in Tripoli 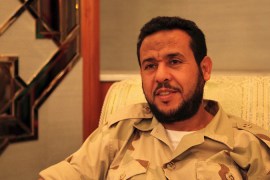 Former prisoner of Gaddafi, arrested by the CIA in 2004, is now one of the most powerful men in the new Libya. 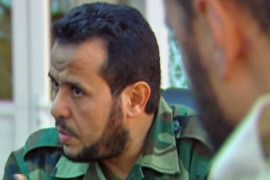 The past of Abdel Hakim Belhaj, leader of the newly formed Tripoli Military Council, is sparking questions.