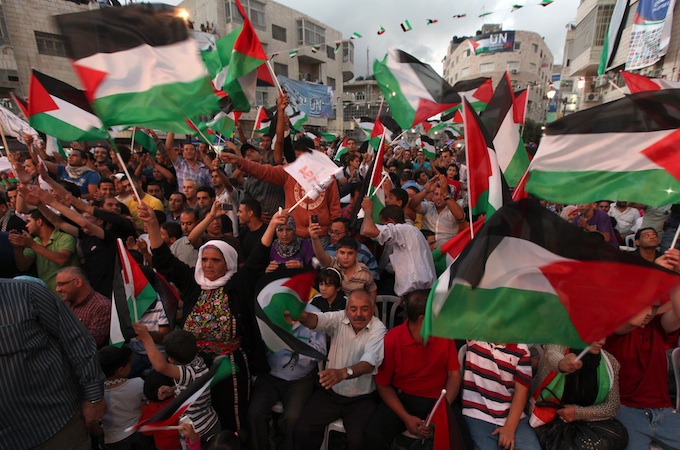 Judging by the celebrations in Ramallah on Friday night, you would think the United Nations had already recognised a Palestinian state.

That’s not to say the Palestine Liberation Organisation’s bid for full UN membership is universally popular. Some Gazans doubt it will improve their lives; Palestinian citizens of Israel fear its implications for a one-state solution; and even some in the West Bank say that a vote at the UN will do nothing to end the Israeli occupation.

But the reaction in Ramallah was overwhelmingly positive; many people seemed happy to at last have some cause for enthusiasm.

“I think it was outstanding. It covered almost all of what the Palestinian people need,” said Laila Jamal. “Enough is enough. We have been occupied long enough by the Israelis.”

It was an unusually assertive speech from Abbas. Onlookers in Ramallah said they were happy he mentioned key issues, including refugees and the right of return, and declared that past efforts to restart Israeli-Palestinian negotiations have been a failure.

“It is no longer possible to redress the issue of the blockage of the horizon of the peace talks with the same means and methods that have been repeatedly tried and proven unsuccessful over the past years,” Abbas said.

The speech seems likely to pay political dividends for the Palestinian president, at least in the short term. He has been viewed for years as a weak and uncharismatic leader; polls in recent years have placed his approval rating as low as 12 per cent.

His speech on Friday night, though, was greeted by chants of “Mahmoud Abbas! Mahmoud Abbas!” Dozens of people in Ramallah’s Arafat Square waved portraits of the PLO chairman – though it’s impossible to say whether their show of support was genuine or orchestrated by his Fatah party.

“This is exactly what the Palestinians are wishing for,” said Mohammad Younis. “We do not want the occupation… we ask the international community to give us what we are waiting for.”

‘A speech doesn’t do any good’

But the fear here in Ramallah is that Friday’s celebrations may be a high point, that the enthusiasm for the UN bid will lead quickly to disappointment. 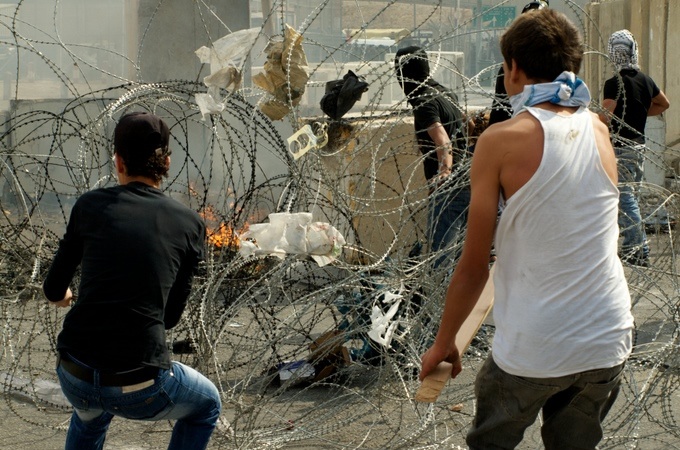 Riyad Moussa, a Ramallah resident watching the speech in Arafat Square, rolled his eyes when asked for his opinion on the speech.

“My opinion of what?” he said. “We want something on the ground. A speech doesn’t do any good. We want our freedom. We need a state.”

Ban Ki-moon, the UN secretary-general, forwarded the Palestinian request for membership to the Security Council on Friday.

If the measure comes to a vote next week, it will almost certainly face an American veto. Or it could simply languish at the Security Council: The US (and other states) could use procedural tricks to delay a vote for weeks, even months.

And it’s unclear what happens after that. Xavier Abu Eid, a media representative for the PLO, said on Thursday that the statehood bid is part of a “broader strategy,” a line echoed by several other Palestinian officials this week. None of them, though, have articulated the details of that strategy.

‘A bomb waiting to explode’

Abbas has urged Palestinians to take to the streets in non-violent protests this month. But it is one thing to channel the public’s emotions now, when many Palestinians seems enthusiastic; it will be much different in a few weeks, if the bid is indeed blocked at the UN.

Earlier in the day, the Israeli army clashed with Palestinian protesters at Qalandia checkpoint between Ramallah and Jerusalem.

The hours-long confrontation started when a few Palestinians threw rocks and glass bottles at the checkpoint. The Israelis responded with volleys of tear gas, then moved past the checkpoint, taking up positions on the Palestinian side of the separation barrier. Snipers perched on rooftops fired rubber bullets at protesters.

The Palestinian Red Crescent said that at least 35 people were hurt in the clash, mostly from tear gas. At least one Israeli soldier was lightly wounded.

It was not, on the whole, a surprising confrontation; clashes near the Green Line, whether at Qalandia or elsewhere, are a regular occurrence in the West Bank.

But Friday’s clash was tinged with frustration over the PLO’s bid for UN membership. Early in the afternoon, one protester yelled that Abbas was not doing enough to stand up to Israel; hours later, another complained about his “empty words.”

And some Palestinians have described the UN vote as a “powder keg” that could set off further violent protests – which will almost certainly prompt a harsh reaction from the Israeli government, with consequences for all Palestinians.

“These people are crazy,” said a minibus driver, shaking his head as he sped past the protesters fighting at Qalandia. “This vote at the United Nations, it is like a bomb waiting to explode.”