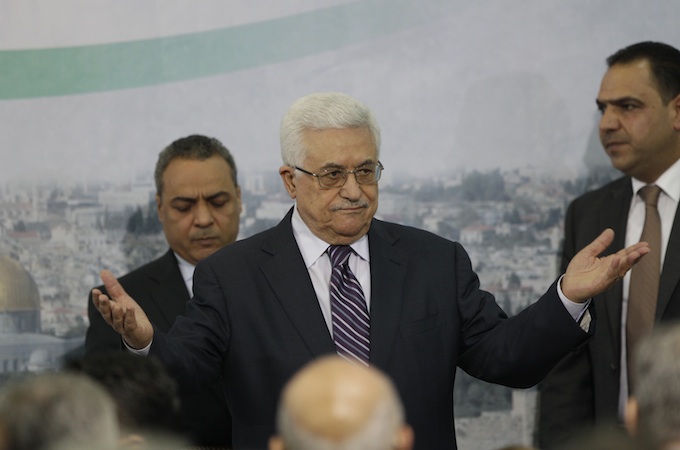 Ramallah — Mahmoud Abbas, the Palestinian president and chairman of the Palestine Liberation Organisation (PLO), has confirmed that he will request full membership at the United Nations when the General Assembly convenes next week.

“We are going to the Security Council,” Abbas said during a speech on Friday in Ramallah. “We need to have full membership in the United Nations … we need a state, and we need a seat at the UN.”

Abbas said he would submit the formal request for recognition after his General Assembly speech on September 23.

He said that more than 120 countries have already promised to support the Palestinian bid. Abbas also mentioned US President Barack Obama’s 2010 speech at the General Assembly, when he expressed hope that a Palestinian state would join the UN within the next year.

Full recognition requires a two-thirds vote at the General Assembly. But it also requires approval at the Security Council, where the US has said it will veto the request.

Abbas said nothing during his speech about the expected US veto. He framed the UN bid as a necessary step brought on by the impasse in negotiations with Israel, which collapsed last September over Israel’s refusal to halt the construction of illegal settlements in the occupied West Bank.

“We have been willing to take part in serious negotiations,” Abbas said. “But we received nothing from the Israeli government except wasting time and imposing facts on the ground.”

Abbas tried to portray himself as a representative of the entire Palestinian people, not just those living in the West Bank, though his speech said almost nothing about Gaza or Palestinians in the diaspora.

He acknowledged some of the criticism of the bid, which even many Palestinian officials admit will not change day-to-day life in the occupied territories.

“Let’s be practical here. We’re not going there [to the United Nations] to become independent,” Abbas said. “We will come back to negotiate the other issues,” referring to borders, the status of refugees and other issues.

Binyamin Netanyahu, the Israeli prime minister, meanwhile, said that the Palestinians were “systematically” avoiding direct talks with Israel, in a statement released after Abbas’ speech.

The PLO had already announced its plan to approach the Security Council: senior officials, including Mohammed Shtayyeh and foreign minister Riad al-Malki, discussed the strategy at news conferences earlier this week.

But local media have continued to speculate about an 11th-hour deal to avert the bid, or at least to convince the PLO not to demand full recognition.

Abbas’ speech seems certain to cement the PLO’s strategy, it would be politically disastrous to back down after publicly outlining his plans.

Ghazi Hamad, Hamas’ deputy minister of foreign affairs, told Al Jazeera that Abbas’ speech was “full of expectations and promises and dreams of having a membership state”.

“No one in Hamas is against the right of the state; we are all fighting to achieve a state within the 1967 borders, but the question now is whether we can be sure that after the declaration [of statehood], will the occuption be over?

“Will the Palestinians have their independence and dignity? Now we have no answers.”

Hamad said that the most important issue at the moment was to focus on reconciliation between Hamas and Fatah, “because otherwise any state would be very weak”.

The PLO is going forward with the bid in spite of deep opposition from the US and Israel. A spokesman for the US State Department called the PLO’s plan “unhelpful” and “counterproductive” on Friday.

Two senior US envoys, David Hale and Dennis Ross, returned to the region on Wednesday for their second visit in as many weeks, in a last-ditch effort to convince Abbas to abandon his plans. 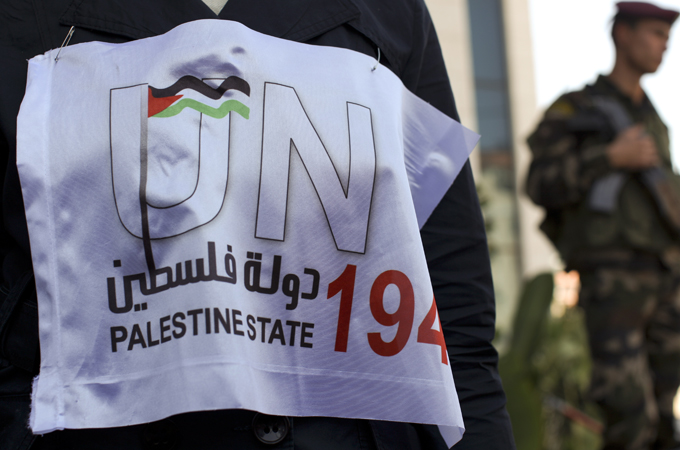 A spokesman for the US embassy in Tel Aviv declined to comment on their meetings.

“Our approach is to get the sides back to the negotiating table,” Mark Toner, a State Department spokesman, said on Thursday. “As I said, we’re engaged very intensively on the ground.”

But a senior Palestinian negotiator described the meetings as “useless,” and said Hale and Ross did not offer any new proposals to the Palestinians.

“They presented nothing, really, that was different [from] what the Americans presented to the Quartet two months ago,” Nabil Shaath told Al Jazeera.

“There was not a word said about stopping settlements. All of their efforts were useless.”

Catherine Ashton, the European Union foreign policy chief, is also in the region meeting with Israeli and Palestinian officials.

On Saturday, a spokeswoman for Ashton said the EU was calling for a “constructive solution” to the issue of statehood and restarting negotiations.

“We continue to believe that a constructive solution that can gather as much support as possible and allows for the resumption of negotiations is the best and only way to deliver the peace and two state solution the Palestinian people want,” said Jaja Cocijanic.

‘Palestinians made a commitment’

Mark Regev, the spokesman for the Israeli prime minister, criticised the Palestinian bid on Friday and called it violation of the Oslo Accords, the 1993 agreement between Israel and the PLO.

Regev also threatened the PA, saying that if it proceeds with the bid, “Israel reserves the right to respond in kind.” Various Israeli politicians have suggested responding by annulling the Oslo Accords, which give the PA its legitimacy, or by annexing the entire West Bank.

US politicians are talking about reducing the $470m in annual foreign aid that Washington sends to the PA.

Raanan Gissin, an adviser to former Israeli prime minister Ariel Sharon, told Al Jazeera that a United Nations vote would leave the PA with nothing more than a “virtual state,” a position echoed by many Israeli officials.

“The one course of action Abbas thought would serve him is to go to the UN and ask for a unilateral declaration of a Palestinian state,” Gissin said.

“What I would suggest to him is that now is exactly the time not for public statements, but for quiet negotiations to try and revive the direct negotiations with Israel.”

A few elements of the PLO’s strategy are still unclear.

Officials have not decided, for example, how to respond to the expected US veto – they could approach the General Assembly for an upgrade to “non-member observer state” status, or they could return to the Security Council and force another US veto.

Shtayyeh said that both options are being considered.

The PLO is planning a series of marches and rallies, in the West Bank and internationally, to coincide with the vote. Abbas is expected to address the General Assembly on September 23.

In his speech on Friday, Abbas urged Palestinians to keep the protests peaceful, warning that violent demonstrations would allow Israel to “trap” the Palestinians.

Tensions are already high in the West Bank. On Friday, a Palestinian was shot and an Israeli settler was stabbed in a confrontation near the village of Qusra, south of Nablus.