The International Criminal Court (ICC) has dismissed the Kenyan government’s bid to stop a probe into post-election violence.

The organisation said on Tuesday that Kenya had failed to show it was conducting its own investigation of six suspects.

Six high-profile Kenyans, including prominent politicians and businessmen, were named by the ICC as suspects in the violence that erupted after disputed elections in December 2007.

“The pre-trial chamber correctly decided and… the case against the suspects is admissable,” said Judge Daniel David Ntanda Nsereko at a hearing held at the Hague-based court on Tuesday.

About 1,300 people died and nearly half a million fled their homes during the violence.

Kenya, on March 31 challenged the ICC’s jurisdiction to prosecute the six for crimes against humanity including murder, forcible transfer and persecution, with the African country saying it could handle its own investigation and prosecution of the suspects.

The Kenyan government said the adoption of a new constitution and other reforms paved the way for it to carry out its own prosecutions.

But, Nsereko, the appeals chamber judge, said the Kenyan government had failed to prove that it was in fact investigating the six suspects for the crimes against humanity of which they are suspected.

The ICC investigation has potentially enormous political and economic implications for Kenya in the run-up to the next elections, due in 2012.

Two of the suspects, William Ruto, a former education minister, and Uhuru Kenyatta, the current finance minister, want to run for president next year.

Kenyatta is the son of Kenya’s founding president and one of the richest and most influential men in the country.

The six are all senior allies of President Mwai Kibaki and of his then election rival Raila Odinga, who is now Kenya’s prime minister.

Polls indicate that a majority of Kenyans would prefer an ICC investigation into the post-election violence to one conducted by the Kenyan authorities. 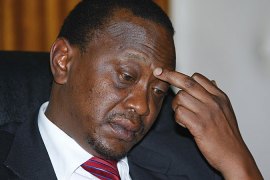 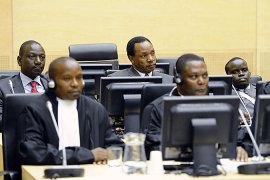 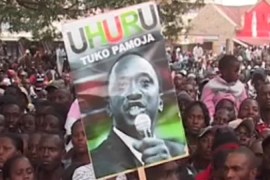 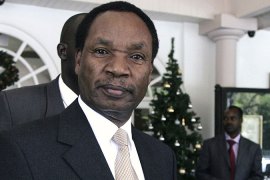