As the endgame of the Muammar Gaddafi regime plays out in Libya, members of the international community – from world powers to oil companies – are gathering to discuss their respective roles in the country’s future.

Decades of partial isolation imposed by Gaddafi have left the oil-rich country’s economy reeling from a raft of sanctions and its government in a diplomatic no man’s land.

The rebel government, or National Transitional Council (NTC), has said it intends to change all that.

In comments published on Wednesday in an Italian newspaper, NTC chairman Mustafa Abdel Jalil said the “new” Libya would build “strong relations with other countries, based on mutual respect and co-operation”.

Going by Wednesday’s flurry of diplomatic action, foreign countries appeared eager to reciprocate. Meanwhile, with oil prices hovering near $100 per barrel, foreign entities invested in Libya have a strong incentive to get production back up and running.

In a move led by France and Britain, the United Nations on Wednesday announced that the world body is working on a draft resolution that would enable Libyan assets to be unfrozen and sanctions to be unlocked, a French diplomatic source told reporters.

Britain has said it will ask the UN to release all or part of the $20bn of Libyan assets frozen in the United Kingdom to aid the rebels, a government source said on Wednesday.

The UN Security Council adopted a resolution freezing the regime’s assets abroad after Gaddafi launched a crackdown on pro-democracy protests in February.

But with the rebels’ largely successful advance into Tripoli this week, attention has turned to how to channel resources to the rebels.

Mahmoud Jibril, head of the executive committee of NTC, attended a summit in Doha on Tuesday with representatives from the US, the UK, France, Qatar, the UAE and Turkey to seek additional funds to help rebuild what he called the “new” Libya.

Jibril, who is referred to as prime minister of the country, also met with Nicolas Sarkozy, the president of France, in Paris on Wednesday to discuss prospects for a political transition in a post-Gaddafi era.

Sarkozy told reporters after the meeting that France is “in favor of a message of reconciliation” but added that NATO would continue flying missions over Libya.

“Military operations will stop when they no longer have any reason to be [in place], when Gaddafi is no longer a threat,” Sarkozy said.

“We will continue acting within the mandate given to us by the UN to protect civilian forces,” he added.

Sarkozy called for a special “Friends of Libya” conference to be held in Paris in the next 10 days which could bring together as many as 30 foreign leaders and international organizations to discuss Libya’s reconstruction and transition into a democratic state.

NATO, which provided vital air support and supplies to the opposition, is now exploring a possible future role
for the alliance after the civil war ends.

An NATO official said on Wednesday that military staff are considering support for a future UN mission to help stabilize the country.

On Tuesday, NATO spokeswoman Oana Lungescu laid out several conditions for such a mission.

Germany, which came under criticism for its residence to the NATO role in Libya, has also expressed interest in post-Gaddafi Libya. Berlin offered a $144m loan to the NTC on Tuesday for “humanitarian and civil assistance”.

Germany, which has a non-permanent seat on the UN Security Council, in March abstained in a vote authorising a Libya mission to shield civilians and enforce a no-fly zone.

It was the only European Union or NATO member to do so and provoked heavy rebukes from key allies including the US and France.

Berlin even withdrew warships, refusing to let them participate in a NATO operation in the Mediterranean to enforce a UN-mandated arms embargo on Libya.

China, a permanent member of the UN Security Council, also abstained from voting on the resolution which authorised a NATO bombing campaign to protect civilians in Libya, as did Russia.

Beijing has since been critical of NATO’s actions in Libya, urging a compromise between the country’s government and the rebels.

Beijing initially maintained a policy of non-interference and public neutrality on the conflict, but has since shown a willingness to engage, holding talks with both government officials and rebel leaders.

On Wednesday, China’s foreign ministry called for a smooth transition of political power – the closest it has come to a formal recognition of the opposition NTC.

According to a previous commerce ministry statement, China currently has 50 large-scale projects worth at least $18.8bn in Libya.

China, a major oil importer, also needs to secure of the resource to help keep its huge economy moving.

Libya produced about 1.6 million barrels per day of oil before the rebellion broke out, but output has since slowed to a trickle.

With the aim of improving that situation, foreign oil companies are jockeying for positions in Libya’s energy sector.

Italian Energy group ENI has been in almost daily direct contact with the leaders of the Libyan rebels since April, the head of the oil group, Paolo Scaroni, said in comments published on Wednesday.

ENI has been present in Libya since the 1950s and was the country’s biggest foreign energy operator before the conflict broke out, employing 2000 people in plants that produced around 15 per cent of the company’s total output.

Scaroni dismissed rumours that France would be rewarded for its early and decisive role in aiding the rebels with energy contracts once the civil war is over.

“Thanks to our historic presence in the country, I do not think France will want to replace us,” he said. 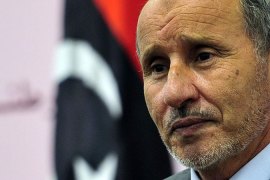 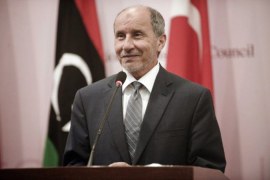 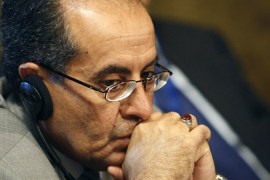 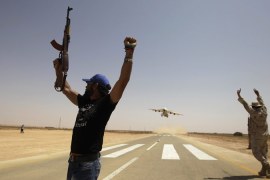 Military alliance pledges to carry out air strikes wherever necessary to protect civilians.