An American aid expert has been kidnapped at gunpoint in the Pakistani city of Lahore after gunmen stormed his residence and overpowered security guards.

The US embassy on Saturday identified the victim as Warren Weinstein, a consultant for the firm JE Austin Associates Inc.

Alberto Rodriguez, US Embassy spokesman told AFP: “We are working with Pakistani authorities on this issue.”

“Six to eight people broke into his house at around 3:30am local time, when security guards on duty were making preparation for fasting,” Tajamal Hussain, police official, told Reuters, referring to the Ramadan fast observed by Muslims.

“Two of the assailants came from the front gate while about six others used the back door. They tortured the guards and then took the American with them.”

Hussain said the victim, in his 60s, had been living in Pakistan for five to six years. He mostly lived in Islamabad but had come to Lahore the previous night.

Shahzada Saleem, a senior police official, said police has sealed all entry and exit points to ensure that he was not smuggled out of Lahore.

No one has so far claimed responsibility for the abduction while the police declined to speculate on the motive behind the kidnapping.

Weinstein has been working on a development project in the country’s tribal areas, where Pakistani troops have been battling fighters for years.

The website of the company, where Weinstein worked, described him as an “expert in international development with 25 years of experience”, who holds a PhD in international law and economics from Columbia University.

Kidnappers have frequently target foreigners in Pakistan, although it is rare for assailants to stage such a raid on a victim’s home.

The abduction came as US senator John McCain met with top Pakistani officials including prime minister Yousuf Raza Gilani, in Islamabad on Saturday.

In a statement after the meeting, Gilani said he told the Republican lawmaker that Pakistan desired an enduring partnership with the United States.

The prime minister said he would welcome a visit by Hilary Clinton, the US secretary of state, and added that Pakistan looked forward to a deeper level of engagement with the US in all areas including energy, social sector and economic cooperation.

Gilani said he appreciated McCain’s continued support for Pakistan in the US Congress. 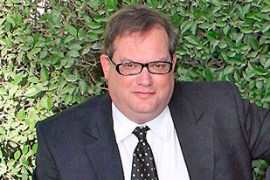 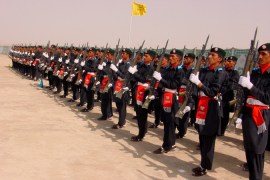 Kharotabad killings and the cover up

What was the real story behind the May 17th Kharotabad killings? 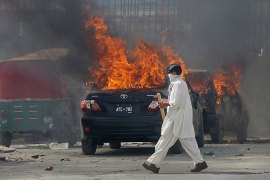