The aftermath of the Fukushima Daiichi nuclear crisis has been marked by an outcry in Japan over radiation leaks, contaminated food and a government unable to put the public’s fears to rest.

Perhaps the most worrying aspect of the meltdown that resulted from March’s earthquake–triggered disaster, activists and citizens have said, is the uncertainty that has ensued.

In the months since the catastrophe, the Japanese government, its nuclear watchdogs and Tokyo Electric Power Company (TEPCO), have provided differing, confusing, and at times contradictory, information on critical health issues.

Fed up with indefinite data, a group of 50 volunteers decided to take matters, and Geiger counters, into their own hands.

In April, an independent network of like-minded individuals in the Japan and United States banded together to form Safecast and began an ongoing crusade to record and publish accurate radiation levels around Japan.

The group handed out mobile radiation detectors and uploaded the readings to the internet to map out exposure levels.

He said the group is the only organisation he knows that is tracking radiation on a local level. The findings, Bonner added, have been shocking.

“People keep asking how we are doing it, when the government isn’t,” he said.

In the area where Yanagisawa lives and works, approximately 200 km from Fukushima, unhealthy radiation levels have been recorded.

Even so, she said the only information the government has released was to raise the acceptable radiation exposure limit for children from one millisieverts (mSv) of radioactivity a year to 20.

“This has caused controversy, from the medical point of view,” Yanagisawa told Al Jazeera. “This is certainly an issue that involves both personal internal exposures as well as low-dose exposures.”

From the start, the government’s track record on public health announcements has been poor.

In late March, the Japanese Nuclear Safety Commission conducted a survey that found an estimated 45 per cent of children in the Fukushima region had experienced thyroid exposure to radiation.

But the commission has not carried out any surveys since.

Recent disclosures from government agencies and TEPCO, the operator of the Fukushima plant, suggest that public information has hardly improved.

Earlier this month, TEPCO said it detected 10,000 mSv of radioactivity at the heavily damaged plant.

A dose this high would be fatal to humans, and was 250 per cent more than the previous high levels at the plant in March soon after the disaster.

Authorities have also been vague about the extent of the radiation, and how the potential spread may be affecting vital food crops and livestock.

Jyunichi Tokuyama, a specialist with the Iwate Prefecture Agricultural and Fisheries Department, said he was shocked to find radioactive hot spots in his prefecture, more than 300km from the stricken Fukushima nuclear site.

“The biggest cause of this contamination is the rice straw being fed to the cows, which was highly radioactive,” Tokuyama told Al Jazeera.

On August 1, Iwate became Japan’s forth prefecture to suspend all of its beef exports due to cesium contamination.

‘Not getting the data’

Despite the alarm inside Japan and abroad, specific information about radiation levels and its range are still mostly unavailable. This lack of information is what Safecast is trying to overcome.

“We spoke with a woman in Japan on Saturday who said since March she’s been calling her local offices, and the federal government, just trying to get data, and she’s not been able to get a single reading close to her house,” Bonner said.

“Part of that is that the information is just not there, the government doesn’t have it. I don’t think they are necessarily withholding, but I think they are just not getting the data.”

Bonner said he was disturbed by the readings he took last weekend nearly 28km outside the Fukushima site.

People who live there are not given any financial compensation by the government if they choose to evacuate.

“Sunday [August 7], we found ground contamination of 20,000 cpm,” said Bonner, referring to counts per minute, a method he believes is more accurate in analysing radiation than measuring mSv.

“It was about 28km from the plant. There were police officers there standing around all day making sure

nobody went into the mandatory evacuation zone, wearing no protective clothing.

“They said they didn’t know what the readings were, they were just told to be there.”

The Japanese government does not consider non-government readings to be authentic, and has urged the public to only rely on government data on radiation.

Still, Bonner said he will return to Japan with a team of volunteers each month. He said he plans to continue Safecast’s radiation mapping “indefinitely”.

“Getting into this has showed us there is a lack of data everywhere,” Bonner said.

“We’re going to start getting devices to people around the US and Europe. We’re going to set up fixed sensors and we’re making a device that we’ll sell to the public. We’re hoping to continue to get lots of data from lots of sources.

“Bonner’s ambitions appear timely against the backdrop of a revitalised global debate on the dangers of nuclear energy, especially in Japan.

Prime Minister Naoto Kan recently pledged to lower Japan’s reliance on nuclear power due to the consequences of the Fukushima crisis.

He and other officials have admitted to deep concerns about radiation-induced health risks.

“Japan will reduce its level of reliance on nuclear power generation with the aim of becoming a society that is not dependent on nuclear power,” Kan said last week in Hiroshima in a speech to mark the 66th anniversary of the US atomic bombing of the city. 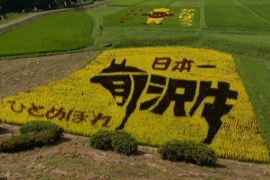 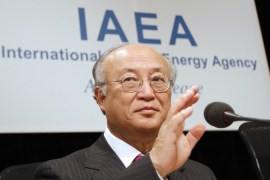 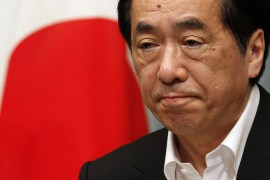 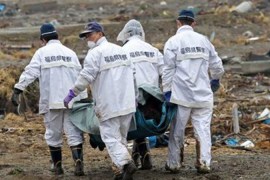