Aids drugs designed to treat HIV can also be used to reduce dramatically the risk of infection among heterosexual couples, two studies conducted in Africa have shown for the first time.

The findings, released on Wednesday, add to growing evidence that the type of medicines prescribed since the mid-1990s to treat people who are already sick may also hold the key to slowing or even halting the spread of the disease.

The research involving couples in Kenya, Uganda and Botswana found that daily Aids drugs reduced infection rates by an average of at least 62 per cent when compared with a placebo.

“Effective new HIV prevention tools are urgently needed and these studies could have enormous impact in preventing heterosexual transmission,” Margaret Chan, director-general of the World Health Organisation (WHO), said in a statement. She said the United Nations health agency would now work with countries to use the new findings to implement better protection strategies.

The US Centers for Disease Control (CDC) and Prevention plans to review the data and issue its own guidelines – taking into account issues such as whether behaviour may change when people know they are taking a drug that reduces infection risk, said Jonathan Mermin, the CDC director for HIV/Aids prevention.

In its first official guidance on the topic, the CDC said in January that only high-risk gay and bisexual men should use a daily Aids pill to protect themselves from the virus.

The larger of the two new studies examined 4,758 “discordant” couples in Kenya and Uganda in which one partner was HIV-positive and one was negative. Those negative partners taking Gilead Sciences Inc’s tenofovir, or Viread, had on average 62 per cent fewer infections.

For couples on Truvada – another Gilead drug combining tenofovir and emtricitabine – the infection risk was cut by an estimated 73 per cent in the clinical trial, which was led by researchers at the University of Washington.

Jared Baeten, the principal investigator of the study funded by the Bill & Melinda Gates Foundation, said real-life application of the results had not been determined. But Baeten noted that “discordant” couples who wanted to have children may now have an alternative to condoms.

The second study, involving more than 1,200 sexually active men and women in Botswana, found those on daily Truvada reduced their risk of HIV infection by 62.6 per cent.

Lead investigator Michael Thigpen said Truvada proved to be safe and effective. He said the drug – along with things like male circumcision, topical microbicide gels and condoms – could be another tool for preventing the spread of HIV.

The idea of such “pre-exposure prophylaxis,” known as PrEP, has gained traction in the past year, following results of other research showing a fall in infection rates among gay men taking Aids drugs.

However, PrEP took a knock earlier this year when another study failed to demonstrate a protective effect in high-risk women. The latest strong evidence is likely to restore confidence in the approach.

About 33 million people worldwide have the human immunodeficiency virus (HIV) that causes Aids, most living in Africa and Asia. Only about half know their HIV status, and the WHO hopes that news of an effective approach to prevention will encourage more people to get tested.

Michel Sidibe, head of the UN’s programme on HIV/Aids, said the new studies “could help us to reach the tipping point in the HIV epidemic.”

The larger study, conducted in Kenya and Uganda, had been scheduled to run until late 2012 but its placebo arm was stopped early because the evidence of efficacy was so strong.

Results of the Botswana study, led by the CDC, had been due to be unveiled next week at an international Aids congress in Rome but were released ahead of time to coincide with the University of Washington research.

Aids drugs are available as generics in many poor countries at prices as low as 25 cents a tablet, according to the WHO. Prices could fall further and supplies increase after an agreement by Gilead, the leading maker of HIV drugs, to share intellectual property rights on its medicines in a new patent pool.

The California-based group on Tuesday became the first drugmaker to sign up to the Medicines Patent Pool. 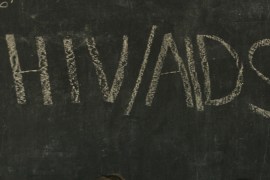 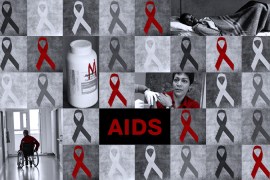 AIDS cure still out of reach

Thirty years after AIDS was classified as an epidemic, researchers still struggle to create a vaccine. 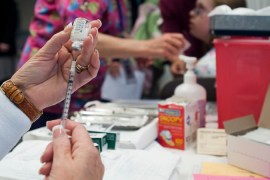 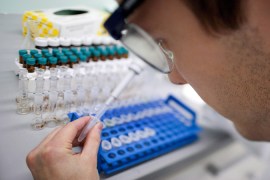