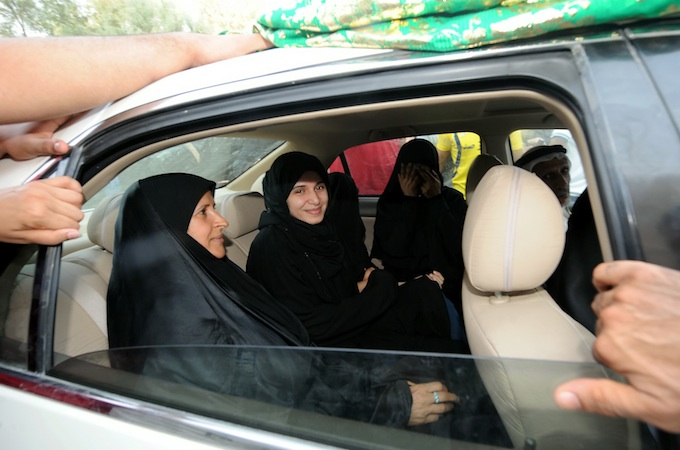 The Bahraini government has released a Shia Muslim poet who was sentenced last month to one year in prison for reciting a poem critical of the country’s ruling family.

Ayat al-Qurmozi, 20, returned home on Thursday after being unexpectedly released from prison. She remains under house arrest, however.

She is one of roughly 200 people released this week, some after months in prison, according to human rights groups in Bahrain.

The poem that led to her incarceration mocked the ruling Al Khalifa family and called for the king, Hamad bin Isa Al Khalifa, to step down.

“I hope Bahrain can move away from the crisis to a transition into a better future, without discrimination or sectarianism,” al-Qurmozi told the Reuters news agency.

Al-Qurmozi has claimed that she was beaten while in prison. She also said that she had to promise not to attend protests or speak with the media as a condition of her release.

“I’m not afraid to speak out though. I have something to say and I won’t be afraid because of a paper I signed,” she said.

A “national dialogue” between the government and the opposition continues in Manama, but many Shias are uneasy about participating in the talks.

The Wefaq party, the largest formal opposition group in Bahrain, decided at the last minute to enter into negotiations.

But members of Wefaq walked out of a discussion earlier this week after a Sunni Muslim MP called them “heretics” and accused them of coming from Iran.

Meanwhile, scattered protests continue in predominantly Shia villages across Bahrain, and dozens of protesters remain jailed – including eight who were sentenced last month to life terms.