Anonymous, the international cyberactivist network, has announced the release of 90,000 military email logins which its members obtained in one of the biggest-ever hacking operations.

The group promised that the publication of the documents on several websites on Monday is only the first in a series of leaks intended to show the intelligence community’s vulnerability.

This round of emails comes from Booz Allen Hamilton, a management consultancy firm based in Virginia, United States.

Booz Allen Hamilton is active in the Middle East and North Africa, with its regional headquarters in the United Arab Emirates.

“With a multidisciplinary approach, Booz Allen provides robust cybersecurity solutions to a broad range of clients and industries, enabling them to confidently pursue the opportunities offered by the cyber revolution,” reads a statement on the company’s website.

The company could not be reached for comment by Al Jazeera. On its Twitter feed it wrote: “As part of @BoozAllen security policy, we generally do not comment on specific threats or actions taken against our systems.”

A flurry of commentary around the operation began immediately on the microblogging site Twitter under the hashtag #MilitaryMeltdownMonday.

There were hints that other similar military or intelligence contractors may be next to catch attention in the emerging “Antisec” movement.

“ATTN Intelligence community: Your contractors have failed you. Tomorrow is the beginning,” an Anon known as Sabu wrote on Twitter under the handle of @anonymouSabu.

Sabu’s tweets, widely retweeted by other Anons, promised “two of the biggest releases for Anonymous in the last four years”.

Hours earlier, Anons breached the security of IRC Federal, an IT contractor that works for federal agencies in the US, including the FBI and NASA.

A representative at IRC Federal’s head office in West Virginia told Al Jazeera the company had reported the incident to the authorities and had no further comment.

He said it was not clear why the firm, which employs less than 35 people, had been targeted.

A statement from Anonymous called on the firm’s employees to stop working for “corporations and a government which uses unethical means to corner vast amounts of wealth”.

“They [IRC] brag about their multi-million dollar partnership with the FBI, Army, Navy, NASA, and the Department of Justice, selling out their “skills” to the US empire. So we laid nuclear waste to their systems, owning their pathetic windows box, dropping their databases and private emails, and defaced their professional looking website,” the statement said.

The amorphous group is in constant evolution, though freedom of speech remains an underlying preoccupation.

It rushed to the defence of WikiLeaks, launching high-profile attacks against financial companies when they responded to governments’ requests to cut the whistle-blowing website’s income.

The latest operations come on the eve of WikiLeaks founder Julian Assange’s appeal hearing against his extradition.

With its support for the Arab uprisings, it went from being largely based in Western countries to gaining popularity among like-minded activists in North Africa and the Middle East.

Gabriella Coleman, an anthropologist at NYU’s media department, said that Anonymous had “set the bar very high” in the buildup to this latest series of operations.

“If it is indeed a splash,” she said of this week’s operations, “I think it’ll be a defining moment.”

The hacking of Booz Allen Hamilton and IRC Federal had been conducted in what appeared to be a more open, inclusive manner than similar hacking activities in the past, she said.

“With every twist and turn, new possibilities have opened up.”

Anonymous’ regular online meeting place, the Anonops Internet Relay Chat (IRC), a secure form of online chat room, has been taken offline by “distributed denial of service” (DDoS) attacks carried out by an unknown group. The site, where Anons discuss their operations has been unavailable since Friday and was still unavailable at the time of writing.

Yet, as Monday’s operation demonstrated, the Anons are growing bolder than ever. A defiant press release followed the crackdown in Italy, reiterating that the groups’ lack of leadership or structure made it impossible to dismantle.

“All Anonymous members operate at the same level. Those arrested are not ‘dangerous hackers’ as the media calls them, but people like you. They have been arrested while peacefully protesting for their and your rights. Our protest will continue louder than ever.” 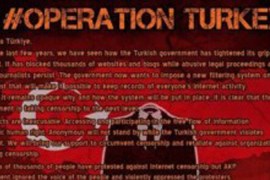 Group of 32 people detained over alleged links to plot against government websites in the name of internet freedom. 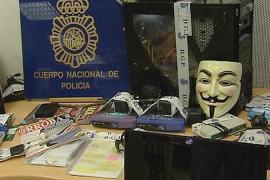 Anonymous and the Arab uprisings

The cyberactivists discuss their work and the broader global push for freedom of speech and freedom from oppression. 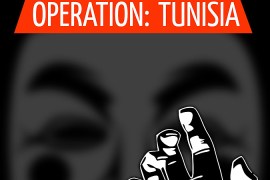