Egypt has reopened its Rafah border crossing with the Gaza Strip, allowing the coastal territory’s Palestinian residents  to cross freely for the first time in four years – a sharp departure from the policies of Hosni Mubarak, the deposed president.

The opening on Saturday morning provided long-awaited relief for Palestinians. The move was ushered in by Egypt’s new government in a bid to ease the suffering of the territory’s residents.

Al Jazeera’s Nicole Johnston, reporting from Gaza, said there will still be restrictions in place, preventing men younger than 40 from leaving the enclave, which is ruled by the Palestinian group, Hamas.

“It will allow basically all women to leave Gaza, also children under the age of 18 years will be allowed to leave, as well as men over the age of 40 years. However, those between the ages of 18 and 40 years will require an Egyptian visa,” she said.

“Visas would have to come from Ramallah. Sources in Hamas say they have been told by the Egyptian authorities over the last few weeks that they [Egyptians] do intend to open some sort of representative office inside Gaza, so that people can get the visa from there.”

Among the first to cross the reopened border post were two ambulances ferrying patients from Gaza for treatment in Egypt as well as a minibus carrying a dozen visitors.

About 400 Gazans were reported to be waiting at the crossing.

The Rafah crossing is seen as the main gateway for the 1.5 million Palestinians living in the Gaza Strip.

Among the other border posts, it is the only crossing not controlled by Israel.

Rafah has been mostly closed since 2007 when Israel imposed a siege on Gaza after Hamas took over the territory after a power struggle with Fatah, the party of Mahmoud Abbas, the Palestinian president. Israel launched a war on Gaza in the winter of 2008-2009.

Our correspondent said that Hamas used to have a list of people who needed to go through the border crossing, and that list currently has 12,000 names on it.

“That list used to be sent through to the Egyptians who then vetted it and allowed around 300 people a day through it – but it was very limited and now it will be free and open for most people,” she said.

The crossing is to open to people for eight hours a day from 9am, apart from holidays and Fridays, giving Gazans a gateway to the world as Rafah is the only crossing that does not pass through Israel.

Commercial traffic will continue to have to pass through border points with Israel to enter Gaza.

“In the future, Hamas says that it would like this to become a terminal for goods,” Al Jazeera’s Johnston said.

“But a lot of people in Gaza say that if the Rafah border crossing becomes a commercial goods terminal, then Israel could place all responsibility for Gaza on the Egyptians, which people do not want because Gaza is still occupied by Israel.”

“One trainer who tells them how to set up the rockets and how to use them is equal to a large quantity of weapons,” he said.

The United Nations has called the Gaza blockade illegal and repeatedly demanded that it be lifted. 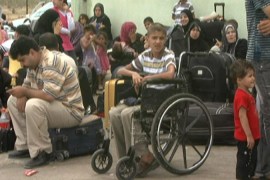 Hosni Mubarak’s departure raises hopes in the Palestinian enclave for an open and free border with Egypt. 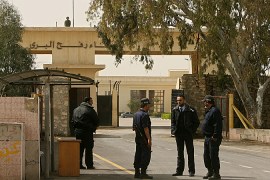 Israel’s blockade of Gaza is cracking

Sealing coastal territory undermines past diplomacy – and siege is likely to be broken by post-revolution Egypt. 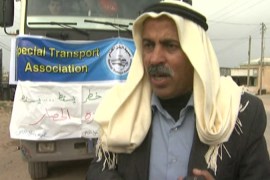 Lorry drivers protest Israeli’s closure of a key commerical crossing, which tightens the blockade on the territory. 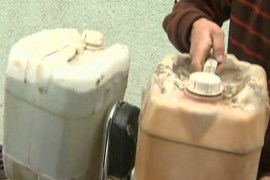 Continued turmoil in neighbouring Egypt prompts Gazans to queue up to buy fuel.