Libya’s government has announced an immediate ceasefire against pro-democracy protesters, hours after the United Nations Security Council authorised a no-fly zone over the country.

In a statement televised on Friday, Moussa Koussa, the Libyan foreign minister, said his government was interested in protecting all civilians and foreigners.

Koussa said because his country was a member of the United Nations it was “obliged to accept the UN Security Council’s resolutions”.

Despite the announcement, there were reports late on Friday that government forces were closing in on the eastern city of Benghazi, where witnesses reported a loud blast followed by anti-aircraft fire.

But Libya’s deputy foreign minister told reporters that the presence of forces around Benghazi did not constitute a violation of the ceasefire.

“As for the presence of the army in Libyan cities, we consider that important for the security of citizens. It does not violate the ceasefire,” the Reuters news agency quoted Khaled Kaim as saying.

However earlier on Friday, pro-Gaddafi forces fired on the rebel-held western city of Misurata, witnesses said, where an earlier attack claimed the lives of at least 25 people.

Abdulbasid Abu Muzairik, a resident in the western coastal town, told Al Jazeera there was shelling from artillery and tanks.

“The Gaddafi forces are at the outskirts of the city but they continue to shell the centre of the city,” he said. “The ceasefire has not taken place; he [Gaddafi] is still continuing up until now to shell and kill the people in the city.”

“Clearly the Libyans have been poring over their United Nations charters to decide which bits to disagree with and on the whole they can’t find very much.”

“My hunch is that it is an effort to buy time because the Libyans, I think, have been taken completely by surprise by this sudden resurgence of an [international] consensus on action.”

The ceasefire declaration also contrasted with earlier comments by Muammar Gaddafi, the country’s leader, who warned residents of Benghazi, the eastern rebel stronghold, that his forces would show “no mercy” in an impending assault on the city.

“We will track them [fighters] down, and search for them, alley by alley, road by road,” he said in a radio address on Thursday.

Tony Birtley, Al Jazeera’s reporter in Benghazi, said pro-democracy fighters there were positive but cautious about the ceasefire.

France, one of the permanent members of the Security Council that will use planes to enforce the no fly-zone, said it was wary of the ceasefire announcement.

“We have to be very cautious. He [Gaddafi] is now starting to be afraid, but on the ground the threat has not changed,” Bernard Valero, foreign ministry spokesman told the Reuters news agency.

The UN Security Council backed a resolution authorising a no-fly zone over Libya and “all necessary measures” to protect civilians late on Thursday.

The intervention, which is expected to be enforced by Britain, France, the US, Norway and Qatar, bans military aircraft from flying in Libyan airspace, but not commercial or humanitarian flights.

The Arab League has reiterated its support for the no-fly zone, but it is not clear to what extent Arab nations will be involved in the operation.

Paul Brennan, Al Jazeera’s correspondent in London, said the military preparations by international forces were going to continue regardless of Koussa’s announcement.

“It could make it more difficult to actually launch attacks, but from the idea of preparation I don’t think it’s going to deflect the coalition forces at all.

“What they need to do at this early stage is get the forces into position so they can enforce a no-fly zone as authorised by the UN Security Council.

“They’ll decide at some point whether they attack any forces on the ground and that will depend largely on what Gaddafi”s forces are doing.”

Western countries pledged support for the no-fly zone on Friday, with many including France, Belgium, Spain and Canada saying they would deploy fighter jets and other military to the region.

Italy has also said it would make its military bases available and take an active role in any operations against Libya.

Eurocontrol, Europe’s air traffic agency, said earlier the Libyan government had closed its airspace to all traffic in response to the UN resolution. Egypt also confirmed that it had begun to enforce the no-fly zone and that all flights to Libya from Egypt have been halted. 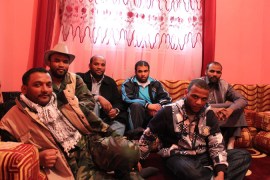 One family against Gaddafi

Five brothers held in Libya’s most notorious prison describe how they hope to overthrow the regime, or die trying. 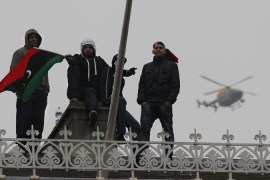 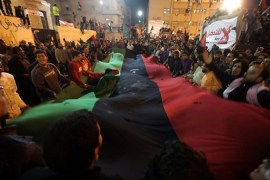 An overview of the new UNSC resolution that authorises a no-fly zone over Libya. 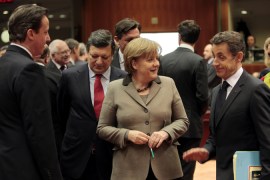