A former presidential candidate in Belarus says he has fled the country to escape torture at the hands of the secret police.

Ales Mikhalevich said in a blog post on Monday that he was in a safe location abroad and “beyond reach of the Belarusian KGB”, the security service which is holding dozens of opposition figures in jail.

Mikhalevich had last month accused the Belarusian KGB of torturing political prisoners in order for them to sign a statement of co-operation.

He said that he was beaten, stripped naked and hung by his hands during his nearly three months in incarceration and was released only after signing such a statement.

The KGB has rejected Mikhalevich’s claim of torture.

It was not clear how Mikhalevich had managed to slip out of the country given the authorities were still holding his passport and he was barred from leaving Minsk, the capital.

Earlier, a report by Russian online newspaper Gazeta.Ru quoted a source from among Mikhalevich’s associates as saying that he crossed the border into Poland in a diplomatic vehicle.

The report could not be immediately confirmed and Poland’s foreign ministry said it had no confirmation that Mikhalevich was in Poland.

Mikhalevich was one of more than 700 people, including seven presidential candidates, arrested after massive protests following Belrus’s elections at the end of last year.

The December 19 poll returned Alexander Lukashenko, the president, to power but was condemned by international observers who said the vote was rigged.

More than 30 of those detained, including Andrei Sannikov and Nikolai Statkevich, both presidential candidates, have remained in custody.

Human Rights Watch said most of those accused of involvement in the election day protest had no defence counsel and were not allowed to call witnesses.

The rights group has released a 31-page report documenting persecution of opposition candidates and activists, abuse of detainees, trials behind closed doors, raids on rights groups offices and pressure on families and lawyers.

“The government has created a serious human rights crisis in Belarus, and the UN Human Rights Council should not remain silent about it,” Anna Sevortian, the director of Human Rights Watch’s office in Russia, said in a statement.

“A council resolution would send a strong message to the Belarus authorities that the ongoing crackdown must end.” 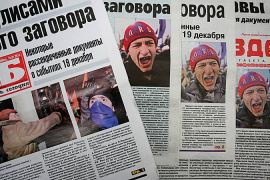 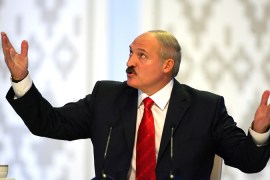 Appointment comes less than two weeks after presidential election that ended in protests and arrests. 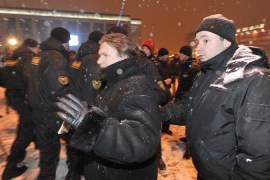 As Alexander Lukashenko is sworn in, many opposition supporters stage protests.