“We call on the international community and the UN to prevent Gaddafi from going on with his plans in Tripoli,” he said.

“At the end when he’s really pressured, he can do anything. I think Gaddafi will burn everything left behind him.”

Jibreel said there were similarities between Thursday’s speech and one Gaddafi gave earlier in the week.

“The theme of people who have taken pills and hallucinations is one that continues to occur,” he said.

Multiple witnesses told Al Jazeera that protesters were being shot in the town of Az Zawiyah by a Libyan army unit led by Gaddafi’s ally, Naji Shifsha.

Az Zawiyah lies on the Mediteranian coast, a few kilometres to the west of Tripoli. The port town houses the country’s largest oil refinery.

According to witnesses, pro-Gaddafi forces also attacked the town of Misrata, which was under the control of protesters. 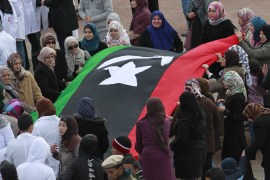 As the uprising in Libya enters its tenth day, we keep you updated on the developing situation from our headquarters in 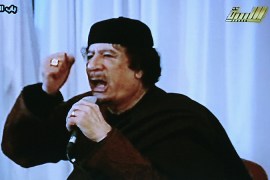 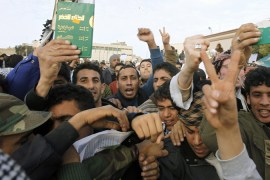 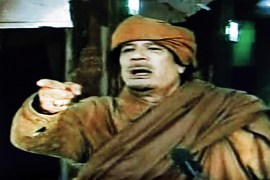