Omar Hassan al-Bashir, Sudan’s president, will not stand for re-election, reports say, with his party insisting he is “not under pressure” from the wave of demonstrations rocking the region.

“[Bashir] announced that he will not enter the coming elections to compete for the presidency,” Rabie Abdelati, a
senior official from the ruling National Congress Party, told the Reuters news agency on Monday.

The president had hinted in an interview with Al Jazeera several weeks ago that he may not seek re-election in the next polls, which are due in four year’s time.

Opposition groups have said the move is an attempt to stave off unrest in the region, which have ousted presidents in Egypt and Tunisia, from spreading to Sudan.

But Abdelati told the AFP news agency that Bashir was “not under pressure” from the wave of protests.

“This is not in the context of the change that is happening in the Arab world. It is happening because of the political
strategy of the NCP to broaden participation,” he said.

Nadim Baba, Al Jazeera’s correspondent in Juba, said Bashir was reported to have offered a number of concessions during a meeting of the youth sector of his party last week.

He is said to have offered to form an anti-corruption commission and another to help graduates find jobs.

“If this were to be confirmed, it would be seen as a reaction to events that everybody has been following across the region,” said Baba.

Bashir, who came to power in a bloodless military coup in 1989, won a new term in office in elections last April, despite being indicted by the International Criminal Court for war crimes and genocide in Darfur.

They were the first multi-party polls since 1986, but were marred by accusations of fraud and an opposition boycott. 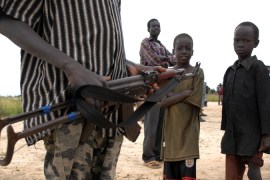 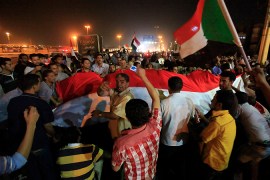 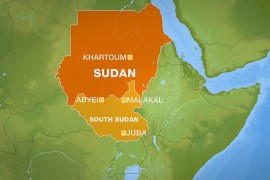 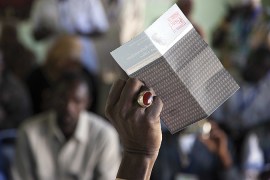 South Sudan has voted to secede from the north after offical results from January referendum showed landslide in favour.