Angry protesters have demonstrated against the government in the Turkish city of Istanbul, after 35 people were killed in a Kurdish-dominated village in the country’s southeast by an air strike the government says mistakenly hit smugglers rather than a group of separatist fighters.

Huseyin Celik, a spokesman for the ruling Justice and Development Party, said that those killed in the strike on Thursday “were not terrorists” and that officials were investigating possible intelligence failures which led to the incident.

He expressed regret for the deaths and suggested that the government could compensate the victims.

“If it turns out to have been a mistake, a blunder, rest assured that this will not be covered up,” he told reporters, adding that it could have been an “operational accident” by the Turkish military.

The air strike prompted a protest by more than 1,000 ethnic Kurds in Istanbul, which was broken by police using tear gas and water cannon. Several hundred of the protesters had thrown stones at the police and smashed vehicles during the demonstration in the city’s main Taksim square.

Ertugrul Kurkcu, a member of parliament for the pro-Kurdish Peace and Democracy Party (BDP) that called the protest, told Al Jazeera that the air strike was an “inhuman” and “unacceptable” act, and that it was “part of the government’s crackdown project on the Kurdish movement”.

“What I saw today in the heart of Taksim [square] was a great rage and great hatred not only against the government but also against the society as a whole. These kind of attacks … make it almost impossible to bring together the people of different ethnic origins, particularly the Kurds,” he said.

Local security officials said earlier on Thursday that they had found the bodies of the victims at Ortasu village in Sirnak province.

Ertan Eris, a local councillor belonging to the BPD, said that the victims were smuggling gas and sugar into Turkey from northern Iraq and may have been mistaken for Kurdistan Workers’ Party (PKK) fighters.

Celik also suggested that the victims had been involved in smuggling.

A crisis centre was set up in the area following the strikes, and prosecutors and security officers were deployed, the Sirnak provincial government said in a statement.

The Turkish military confirmed that its warplanes launched the strikes after unmanned drones spotted a group of people crossing the border. The military says it launched the raids because it suspected those crossing over to be PKK fighters, based on earlier intelligence that the group was planning an offensive against Turkish military bases.

According to a military statement, the strikes occurred in northern Iraq in an area “where there is no civilian population, and where the [PKK] has bases”.

The BPD party has called for two days of mourning to be observed for those killed in the incident.

Al Jazeera’s Hashem Ahelbarra, reporting from Antakya in the country’s south, said: “The attack comes against the backdrop of intensive military operation by Turkey particularly in the eastern part of the country along the border with Iraq.”

The military launched an operation in northern Iraq in October after a PKK attack killed 24 soldiers in the town of Cukurca near the Iraqi border, the army’s biggest loss since 1993.

The Kurdish group took up arms in the southeastern Turkey in 1984.

The conflict has claimed about 45,000 lives so far. 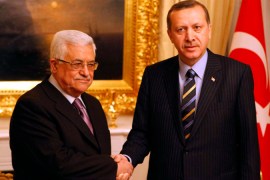 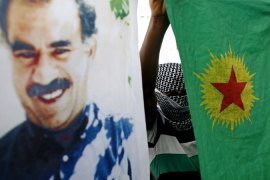