China has thrown its diplomatic weight behind North Korea in the aftermath of Kim Jong-il’s death by telling Russia and Japan that peace and stability in the Korean peninsula is in the interests of all parties in the region.

Yang Jiechi, China’s foreign minister, spoke with his Russian and Japanese counterparts on Wednesday to discuss the situation in North Korea amid international concern over the possible consequences of Kim’s death for the peninsula’s fragile balance of power.

Yang told Koichiro Gemba, his Japanese counterpart, that “preserving the peace and stability of the Korean peninsula is in the common interests of all sides,” according to a report by China’s Xinhua news agency.

“China is willing to work with Japan to continue making efforts to together protect the peace and stability of the peninsula and the region,” Yang said.

Yang has already made similar overtures in phone calls to Kim Sung-hwan, South Korea’s foreign minister, and to Hillary Clinton, the US secretary of state.

Beijing’s comments underscore its desire to avoid uncertainty over North Korea after the death of Kim, whose successor-son, Kim Jong-un, is an untested and largely unknown leader in his late twenties.

Largely ostracised by the West over its nuclear programme, China is North Korea’s only major economic and diplomatic supporter

Al Jazeera’s Melissa Chan reporting from Beijing, the Chinese capital, said: “China is concerned that the succession plan in North Korea goes smoothly, there is a strong show of support from the Chinese leadership to support North Korea.”

The situation in North Korea is also likely to be discussed when Yoshihiko Noda, the Japanese prime minister, visits Beijing over the weekend.

China also said it was open to a visit to Beijing by Kim Jong-un, as President Hu Jintao and key Chinese government officials visited the North Korean embassy in Beijing to express their condolences.

The visit, unusual for China’s highest-ranked leader, is another sign of Beijing’s determination to protect its ties with
North Korea as it enters an uncertain transition.

According to South Korean intelligence, Pyongyang has boosted internal security and put troops on high alert across the country.

Kim Jong-il died of a heart attack on Saturday, according to state media which announced the death on Monday.

The secretive communist state is currently in a period of national mourning, with Kim’s body laid out in a glass coffin in Pyongyang’s Kumsusan mausoleum where the embalmed body of his father and predecessor, Kim Il-sung, is also on display.

North Korea’s tightly controlled state media says that hundreds of thousands of people have visited the mausoleum to pay respects, while state television has broadcast images of grief-stricken mourners.

Kim’s funeral is to be held on December 28, with authorities declaring a period of national mourning until December 29. 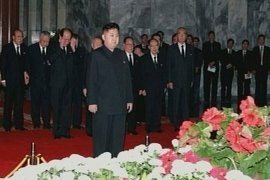 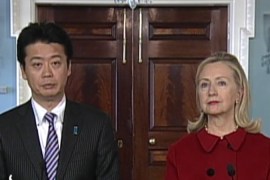 US urges N Korea to follow ‘path of peace’

The US and its allies are concerned that the death of Kim Jong-il could lead to trouble. 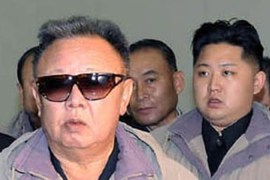