A crude bomb explosion has killed at least one person in the Bangladeshi capital, Dhaka, as violent clashes broke out between police and opposition party activists gathered to mark the country’s 40th independence anniversary, police said.

The clashes erupted in the morning, as police dispersed supporters of the main opposition Bangladesh Nationalist Party (BNP) and its Islamist ally Jamat-e-Islami, coming together in central Dhaka.

At least five vehicles, including a police jeep, were set on fire during Sunday’s violence, the United News of Bangladesh news agency reported.

Police intervened after some stone-throwing activists attacked vehicles and set some of them on fire, Masudur Rahman, a senior police official, said.

“They threw at least seven small bombs at us. But no one was injured,” Rezaul Karim, head of one police station, said.

It had not been confirmed whether the victim of Sunday’s violence was an opposition activist or if was trying to flee the clashes between police and opposition supporters.

However, BNP spokesman Rizvi Ahmed said the young man was an activist for the party and blamed police for the death.

Bangladesh became an independent nation after a bloody nine month battle with Pakistan that ended 40 years ago on December 16, 1971.

The South Asian nation has a history of political instability and the BNP and its allies have recently held a series of strikes in a new wave of unrest. 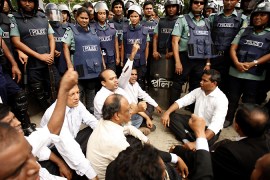 Dozens of activists detained and a senior opposition leader seriously injured in attack ‘intended to kill him’. 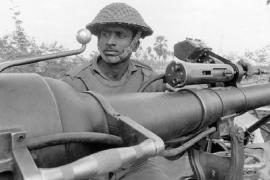 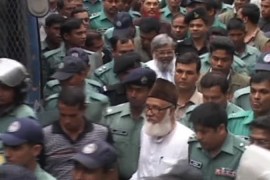 For the first time, a court is set to hear evidence of crimes committed during the war of independence in 1971. 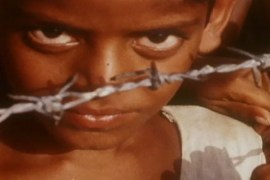 Forty years after independence from Pakistan, many Urdu-speaking migrants from India still remain in refugee camps.