Buffeted by possibly growing winds of dissent, Russian President Dmitry Medvedev has issued instructions for the government to investigate allegations of electoral fraud during the December 4 parliamentary vote.

Tens of thousands rallied in Moscow and other cities on Saturday in the largest anti-government protest in Russia’s post-Soviet history, decrying the reported fraud and demanding the departure of Vladimir Putin, the prime minister.

Opposition activists are planning another protest for December 24 and have applied for a permit rally roughly 50,000 people in the capital. Meanwhile, pro-government youth movements have planned to stage a counter-protest soon outside the Kremlin, drawing perhaps 20,000 people.

Breaking two days of silence, Medvedev posted a comment on Facebook on Sunday saying that he disagrees with the rally’s demands and slogans but that he has instructed the government to check all reports of alleged vote rigging.

His word choice – that he “disagreed” with the protesters – may have been a sly prod at the activists themselves, who for years have staged small rallies, each called a “march of people who disagree”.

“People have the right to express their opinion, which is what they did yesterday,” Medvedev wrote. “It is a good thing that everything happened within the law.”

The poll delivered Medvedev and Putin’s party, United Russia, an electoral setback, with only 49.5 per cent of the vote. Turnout also slid from 64 per cent in 2010 to an estimated 60 per cent of Russia’s 110 million registered voters this time.

The governeror of the Vologda province, where United Russia had one of its worst performances, quit as a result.

Medvedev has previously defended the poll and only issued instructions to investigate specific voting violations reported in the Russian media and by foreign election observers.

Neither Medvedev nor Putin has made any public appearances on the weekend. 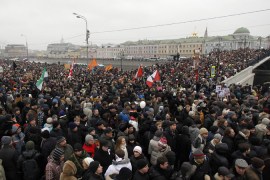 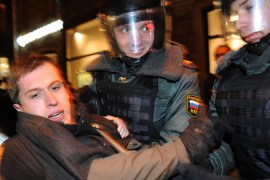 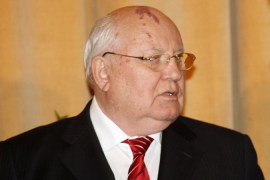 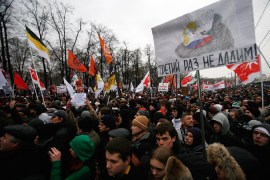