Israeli authorities have detained pro-Palestinian activists on board two “Freedom Waves to Gaza” vessels, foiling the latest attempt to break the four-year Israeli blockade of the territory.

The ships were forced to sail into the Israeli port of Ashdod, where all 27 passengers were handed over to the authorities and taken to an Israeli detention facility near Tel Aviv.

Al Jazeera’s Casey Kauffman was among a group of journalists arrested late Friday when the Israeli navy boarded two ships sailing toward Gaza, he has since been released.

“The first two or three [Israeli navy personnel] that came on board were very aggressive,” Kauffman said on Saturday.

“There were taser guns and water cannons used but once they were on board they realised there were non-violent activists and they had the ship under control.

“At that point everything calmed down.”

The Canadian vessel Tahrir and the Irish boat MV Saoirse were in international waters, between 64km to 96km off the Gaza coast, when they were intercepted and forced to head instead towards the southern city of Ashdod.

Once the vessels carrying activists, journalists and crew members from nine countries reached Ashdod, they were transferred to the custody of the Israeli police and immigration authorities.

They were to be held at the detention facility before being transported to an airport near Tel Aviv to be put on flights home.

The Israeli authorities said those who refuse to leave the country voluntarily would have access to a lawyer and 72 hours to appeal being sent home.

The Israeli military said the two vessels were boarded peacefully after numerous calls to the activists to turn around.

“Following their unwillingness to co-operate, and after ignoring calls to divert to the port of Ashdod, the decision was made to board the vessels and lead them there,” the military said in a statement.

In a press release issued by organisers shortly after they said they had lost contact with the two boats, David Heap, a member of the steering committee on board the Tahrir, said the fact the boats had reached international waters was a “victory for the movement”.

Both vessels were part of previous attempts to break the siege on the Gaza Strip that was stalled when the Greek government refused to let a flotilla leave from its shores in July this year.

“We are closer to Gaza this time, and hope to get even closer the next time, until we reach our destination,” said Heap.

“Despite economic blackmail, despite the previous outsourcing of the blockade to Greece, and despite Israel mobilising a significant portion of its navy to stop us, we are now even closer to reaching Gaza and breaking the blockade.”

Al Jazeera’s Nicole Johnston, reporting from the port of Ashdod, noted Friday’s events as “another failed attempt for the season of flotillas to Gaza”.

“This attempt was a lot quiter. It left on Wednesday from Turkey. There was no great fanfare with it, but again it didn’t succeed in getting past the Israeli navy, and achieving its aim which was to symbolically break this four-year siege on Gaza,” she said.

The two vessels left the port of Fethiye in southwest Turkey on Wednesday after Turkish authorities gave them permission to sail to the Greek island of Rhodes.

Early on Thursday morning, Kauffman reported that the activists viewed their attempt more as an expression of solidarity with besieged Gazans rather than an attempt to deliver aid.

“It will still bring attention to the situation in Gaza, and the blockade of the Gaza Strip,” he said.

Sailing under the flag of the Comoros Islands, the Tahrir was carrying six activists, a captain and five journalists, including Al Jazeera’s Kauffman.

The Saoirse – sailing under the US flag but carrying mostly Irish nationals – has 15 passengers on board, none of whom were journalists.

Heap told Al Jazeera that the activists chose to leave from Fethiye because of the strained relations between Turkey and Israel.

“The Turkish government has been creating more distance from Israel diplomatically and we know there is support from Turkish society for what we are doing.

“Our judgment was that the Turkish state would not interfere with us if we didn’t make too much of a public issue of our plan to depart from there,” Heap told Al Jazeera.

History of Israeli blockade on Gaza

Israel has cleverly fine-tuned the siege, hurting Gazans but not letting the situation there reach crisis levels. 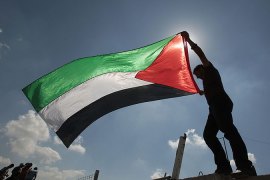 In Quotes: Shalit and the siege

Israeli politicians had often in the past linked the plight of the Israeli soldier to the blockade on the Gaza Strip. 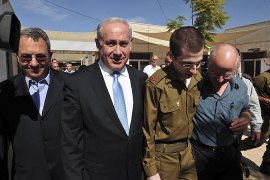 A Canadian boat to Gaza 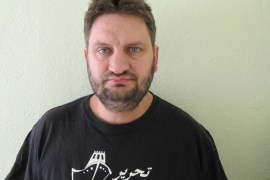