New Zealand is bracing for an environmental disaster amid fears that a container ship stranded off the North Island could break up and spill oil into the pristine Bay of Plenty, the environment minister has said.

Nick Smith told local media on Friday that the accident “has the potential to be New Zealand’s most significant maritime pollution disaster in decades”.

The 47,000 tonne container vessel Rena, which hit a reef off the coast of Tauranga earlier this week, has already created an oil slick more than five-kilometres long that has killed a number of sea birds.

It is not known why the ship ran aground in the early hours of Wednesday morning. None of the 25-man crew were injured in the accident.

Officials said the pollution would be far worse if the ship broke up on the Astrolabe Reef, releasing the 1,700 tonnes of heavy fuel oil on board into a marine environment that is home to whales, dolphins, seals and penguins.

Steven Joyce, the transport minister, said salvage teams were scrambling to remove oil from the stricken vessel to protect

“It’s certainly not in good shape, though not a lot of oil is in the water at this point – some oil [is] – and there is significant slick,” Joyce told Al Jazeera.

“But it’s more the worry of what could happen if the ship breaks up and certainly it looks difficult at this point to see it getting off the reef in one piece.”

Joyce said he was not confident that an ecological disaster could be prevented.

“I’m not confident because of the state of the ship, and that it’s not an oil tanker, so it’s not designed to discharge oil.”

MNZ said it was preparing for the possibility the existing oil slick would hit the coast in the coming days after dispersants sprayed from aircraft proved ineffective.

“It has the potential to be very, very serious indeed simply because of the age of the ship, the damage that she’s sustained and the 1,700 tonnes of heavy fuel oil on board,” Andrew Berry, MNZ pollution response manager, told Radio New Zealand.

The weather in the Bay of Plenty is forecast to deteriorate early next week, giving added urgency to efforts to remove the oil in case the ship breaks apart in heavy swells.

“The worst-case scenario is a significant shoreline impact, which is why we have teams on standby,” MNZ on-site controller Rob Service said.

The agency found four dead birds in the slick on Thursday and dispatched wildlife rescue teams on Friday to scour Bay of Plenty beaches looking for oil-covered animals and birds.

It said two wildlife rescue centres had been set up, but could not confirm reports that seals had been seen covered in oil.

The group’s seabird specialist, Karen Baird, said the timing of the accident, in the midst of breeding season, was “disastrous”.

“Many of them are sitting on eggs and some of them have got chicks that are starting to hatch, so that’s a big worry for us.” 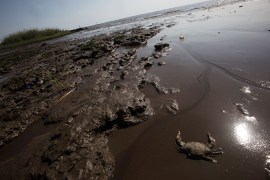 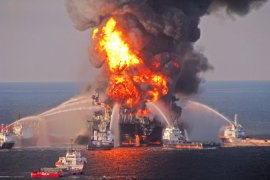 The scourge of ‘peak oil’

When demand for oil consistently surpasses supply, experts warn that our lives will look “very differently”. 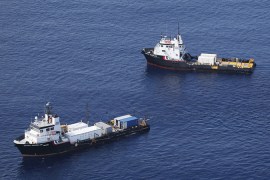