The Peruvian army is fighting the remnants of the Maoist group known as Shining Path, the group which was thought to have been largely defeated, are proving a challenge to the country’s military.

Peru has experienced a arp decline in Shining Path attacks since the capture of their leader, but the group was never completely wiped out.

The government may not be in danger of falling because of them, but it has had to call in army reinforcements.

Daniel Mora, the defence minister, said:”The strategic menace with the Shining Path is over. Tthe issue is only about flushing them out … [to[ hunt them one by one with intelligence operations.”

Authorities believe up to 400 Shining Path members operate in the Vrae valley. They may be small in numbers but as Al Jazeera’s Mariana Sanchez reports from Lima, they control large areas.

Warning: Viewers may find some of the images in this report disturbing. 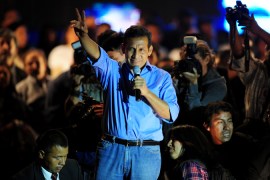 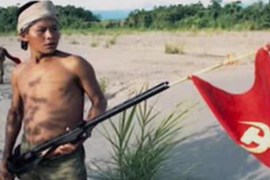 We look at the reinvention of a Maoist guerrilla group and narcotics trade in Peru. 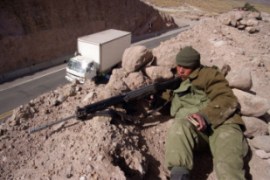 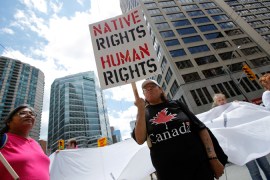 On International Day of the Disappeared, activists say fate of hundreds of missing indigenous women must be examined.