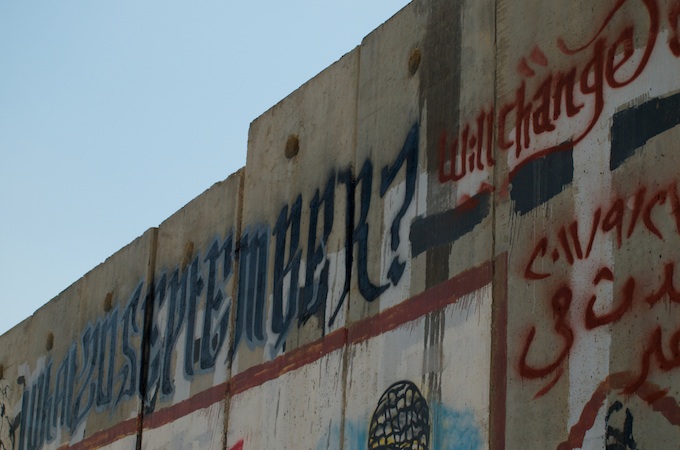 Shiloh, Occupied West Bank – This Israeli settlement, nearly 30 kilometres east of the Green Line, seems an unlikely place for a discussion about Israel’s possible future as a binational state.

About 2,000 people live here, perched on a hilltop a few kilometres south of Nablus, in a settlement walled off by gates and armed guards. In the most recent Knesset election, in 2009, more than half of the settlers in this region of the West Bank voted conservative: Likud, National Union, or one of several religious parties.

At the base of the hill, archaeologists are excavating Tel Shiloh, which Jews believe was the site of the Tabernacle for nearly 400 years.

Yet after hundreds of interviews with Israelis over the past month, the most compelling case for a one-state solution came from those living here, in illegal settlements deep in the West Bank. “What they call the two-state solution is not a solution,” said Netanel Elyashiv, a resident of the nearby settlement of Eli who emigrated from New York to Israel eight years ago.

“People on the left and the right, they’re both unreasonable. The right wants all the Arabs to leave, and the left thinks we can separate and build a wall between us,” said Elyashiv, a teacher. “The reality is binational, and that’s what people have to acknowledge.”

There is not overwhelming support, in Israel or the occupied Palestinian territories, for a binational state. Far from it: A sizable majority of Israelis, and between 40 and 60 per cent of Palestinians in the territories – depending on the poll – still support a “two-state solution”. And both the Israeli government and the Palestine Liberation Organisation both continue to pay lip service to the idea of renewed negotiations leading to a two-state solution.

Their actions over the past month, however, suggest that they don’t really believe in either idea, and after four weeks in the region it is hard to escape the conclusion that the goal of creating two states is simply unworkable.

The two-state solution has been declared dead before; nobody ever seems to tell the architects of the plan, though, so the machinery of the “peace process” grinds on. Thus, shortly after Mahmoud Abbas delivered his address to the United Nations on Friday, Catherine Ashton and Tony Blair raced in front of the cameras, eager to announce that the Quartet had arrived at a “formula” to restart negotiations between Israel and the PLO.

But their announcement seemed even more hollow than normal. Blair and Ashton both admitted that neither the Israelis nor the Palestinians had agreed to this formula. Abbas expressed little interest.

Binyamin Netanyahu, the Israeli prime minister, said he would support the formula, but simultaneously dismissed calls for a freeze in settlement construction, one of the Quartet’s core principles. Quite the opposite: The Israeli government announced this week that it was studying the construction of 1,100 new homes in Gilo, an illegal settlement east of Jerusalem, just outside Bethlehem.

“With this, Israel is responding to the Quartet’s statement with 1,100 ‘no’s’,” said Saeb Erekat, the PLO’s chief negotiator.

So that was it. Quartet members continue to issue statements and hold meetings, but this latest initiative, like so many before, seems to be simply dead on arrival.

The peace process will continue to slog along, but there is a growing sense among Israelis and Palestinians – even those who support a two-state solution – that such an outcome is simply unattainable. Not while Israeli politics are dominated by a right-wing bloc; not with more than 500,000 Israeli settlers already living in the West Bank.

“I don’t see a way out through negotiations,” admitted Nabil Sha’ath, a senior negotiator with the PLO.

Rise of the right

Sha’ath was pessimistic chiefly because the Israeli government refused to impose any new freeze on settlement construction, and because their US intermediaries did not even push the issue.

Even if they had, it would have been a lost cause. The heads of four political parties – Likud, Shas, Habayit Hayehudi and National Union – sent a letter to Netanyahu this week urging him to retaliate against the PLO’s bid for UN membership. Their preferred response? Annexing the Israeli settlements in the occupied West Bank.

Such a move would codify into law the existing reality in the West Bank. It would also almost certainly render a two-state solution impossible: The West Bank cannot be part of a viable Palestinian state if Israel annexes the 122 settlement blocs within its boundaries. 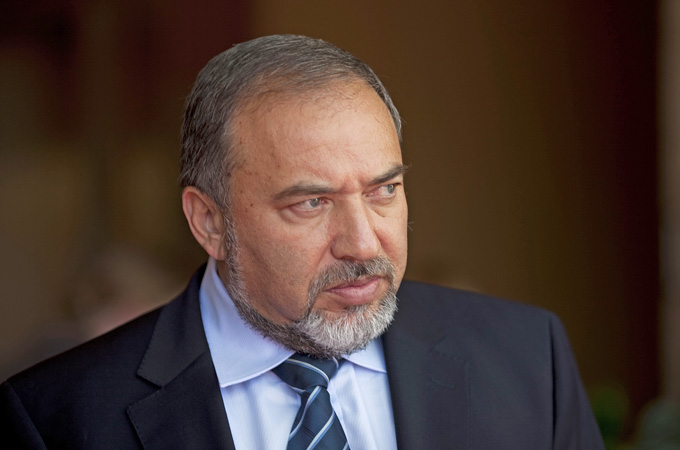 These parties will continue to control Israeli politics for the foreseeable future. A poll conducted in September for Ha’aretz found that Israel’s right-wing coalition would continue its dominance in the next election: The centre-left Labour party would gain nine seats, but those gains come at the expense of Kadima, which would lose ten. So the size of Israel’s centre-left bloc would remain roughly the same, not large enough to form a coalition.

The dominant conservative parties, at the very least, reject the preconditions necessary to resume talks with the PLO, if not the very idea of negotiations themselves.

But even if they were willing to eventually dismantle some settlements, could Israel afford to? A recent study found that Israel spent one million shekels ($270,000) for every man, woman and child it removed from the Gaza Strip in 2005.

And the West Bank is far more populous: 500,000 Israelis live in settlements in the West Bank and East Jerusalem, compared with 9,000 evacuated from Gaza. It would be a steep price tag for a country rocked by socioeconomic protests all summer – caused, in part, by the subsidies already paid to settlers at the expense of Israelis on the other side of the Green Line.

Against this backdrop, the overwhelming enthusiasm for the PLO’s statehood bid – 70 per cent of Israelis thought their government should accept a “yes” vote at the United Nations – seems like a last desperate groundswell of support for a dying idea.

Commentators still hope for bold political moves to restart the “peace process,” but the political reality – on both sides, but particularly in Israel – suggests that none is forthcoming. As Carlos Strenger wrote in Ha’aretz , Netanyahu “may go into history… as the man who killed the two-state solution”.

“This idea, the two-state solution, is the biggest diplomatic failure of the last century,” said Elyashiv, the Eli resident. “It will be decades until we get a good solution.”

The alternative is one state, and it is a difficult alternative, one which a majority of Israelis and Palestinians do not support.

For one thing, there remains, of course, a fundamental disconnect between Zionism itself – the goal of maintaining Israel as a Jewish state – and the idea of a binational state. Even without a right of return for refugees, a single state across all of historic Palestine would have nearly as many non-Jews as Jews, and higher birth rates mean the former would probably surpass the latter within a matter of years.

A poll conducted last year by the Israeli Democracy Institute found that, asked to prioritise either Israel’s Jewish character or its democratic government, more Israelis chose the former.

And some on both sides simply do not want to live together. Much was made a few weeks ago of remarks by Maen Areikat, the PLO envoy to the United States, who said Palestinians and Jews “should be separated” in the future. One often hears similar remarks from conservative Israelis, who opine that “Jordan is the Palestinian state,” a polite way of urging the ethnic cleansing of historic Palestine.

But the inescapable reality is that Israel has more than two million Palestinian citizens; and barring an unprecedented political realignment, the 500,000 Israeli settlers in the West Bank are probably there to stay.

The mantra of the Israeli-Palestinian “peace process” has long been “two states for two peoples”. But that slogan rings hollow when both states already contain both peoples. 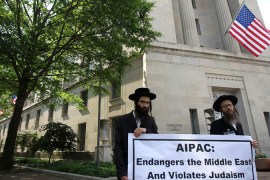 American Jews are not single-issue voters

Poll finds Jews in the US prioritise domestic issues, such as the economy and Medicare, over international issues. 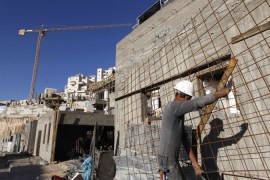