At least 356 people have been killed in Thailand and Cambodia since August in flash floods, according to government officials.

The death toll is higher in Thailand, where 206 people have died while 150 were killed in neighbouring Cambodia.

Keo Vy, the spokesman of the Cambodian government disaster agency, said on Sunday that flood waters along the Mekong river and other places had damaged 670,000 acres of rice fields, as well as 904 schools and 361 Buddhist temples.

Hundreds of people have been killed in China, Japan and South Asia in the last four months from prolonged monsoon flooding, typhoons and storms. 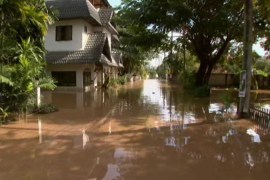 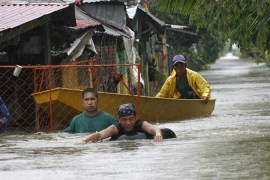 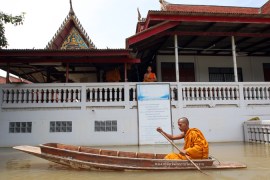 More flooding on the way for Vietnam