Hundreds of Bulgaria’s nationalist groups staged a large anti-Roma rally in the capital city as the government called for an emergency meeting to resolve tensions.

Saturday’s demonstration came days after a week of nationwide protests and sporadic violence.

At least 15 of the demonstrators were arrested following the protest in central Sofia, the capital, which attracted around 2,000 people.

Several hundred supporters of the far-right Ataka party gathered in front of the presidential palace in T-shirts that read “I don’t want to live in a Gypsy state” and with a banner saying “Gypsy criminality is a danger to the state”.

The Roma, or Gypsies, account for 9 per cent of Bulgaria’s population of 7.4 million, are poorly integrated and often have tense relations with their neighbours.

They live mostly in depressed areas with even higher rates of poverty and unemployment and lower levels of education than the national average.

Volen Siderov, the party’s leader, who is running for president on October 23, called for the death penalty to be brought back, for Roma “ghettos to be dismantled” and for the formation of militias.

After the talks Parvanov called on the media and politicians to “put an end to the language of hatred pushed to the extreme” and vowed that the government would probe the finances of people who lived “a life of luxury”.

The latest unrest was originally sparked by the killing a week ago of a youth hit by a van driven by relatives of “King Kiro”, a Roma clan boss in the southern village of Katunitsa.

After locals and people from the surrounding area went on the rampage on Sunday, rallies with anti-minority and even Nazi slogans have taken place across the southern European country on a nightly basis.

Police have this week briefly detained several hundred nationalist demonstrators, many armed with knives and batons, who chanted racist slogans and tried to infiltrate Roma areas, notably in Varna in the east.

Planned peaceful “Roma Pride” marches this weekend were called off for fear of violence, although young Roma and non-Roma on Saturday handed out flowers to passers-by to express their desire for closer integration.

Experts say that public frustration against corruption, a widening gap between rich and poor and the weakness of the justice system, has helped to turn people against them, as well as against Bulgaria’s Turkish minority.

Several organisations, including the Organisation for Security and Co-operation in Europe (OSCE) and Amnesty International, have called for the Bulgarian government to take urgent action.

The disturbances “underline the urgency of combating racially-motivated extremism and making progress with the integration of Europe’s Roma populations,” the OSCE said.

Patriarch Maxim, head the Bulgarian Orthodox Church, on Friday appealed to Bulgarians “to not let anger drag them into violence”. 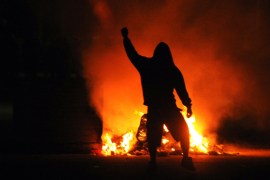 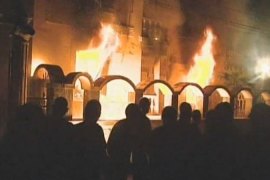