A Kenyan government minister has announced his resignation a day after being called in for questioning over alleged abuse of power.

He is also among six people accused by the International Criminal Court as suspects in the deadly post-election violence three years ago.

Henry Kosgey, the industrialisation minister, was questioned by the Kenya Anti-Corruption Commission (KACC) in November over the import of second-hand vehicles.

He said on Tuesday that he had offered to resign and surrender to the KACC investigators.

“I have today written to President Mwai Kibaki and Prime Minister Raila Odinga offering to step aside as minister for industrialisation to allow for these charges to be fully investigated.

“I wish to state that my actions in this matter are above reproach, because I have committed no wrongdoing,” said Kosgey, who is also the chairman of Odinga’s Orange Democratic Movement.

The allegations are a relatively minor crime compared to the raft of corruption charges he was linked to in a US diplomatic cable recently published by WikiLeaks.

On Monday Patrick Lumumba, the head of KACC who has promised to go after the “big fish”, said Kosgey would be arrested within 24 hours.

Kosgey, 63, was one of six suspects named by the International Criminal Court (ICC) in relation to the 2007-2008 post-election violence that convulsed Kenya after a disputed presidential election.

The ICC prosecutor last month described Kosgey as a “principal planner and organiser” of violence against supporters of Kibaki’s Party of National Unity during the unrest three years ago.

Kosgey had reacted to his name appearing on the ICC list by expressing surprise but vowing to cooperate with the court in The Hague.

His departure from office is the latest in a string of high-profile resignations in recent months over corruption charges, including William Ruto, who was higher education minister and an ICC suspect.

The other was Moses Wetangula, the foreign affairs minister who was forced out by parliament over corruption in the purchase of land for Kenyan embassies abroad.

No minister has been convicted of graft in Kenya.

Kibaki came to power in 2002 on an anti-corruption platform, but his record on fighting graft has failed to impress critics and Kenyan media has been replete with numerous scandals. 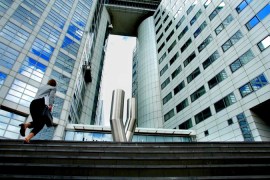 PM says government will continue membership of international criminal court despite MPs passing a motion to pull out. 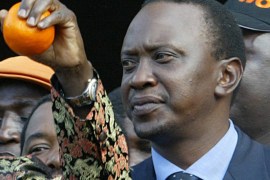 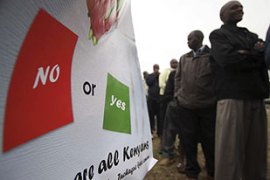 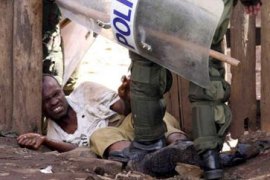 Prosecutor pledges to protect victims in investigation into post-poll violence.