Dozens of activists calling for the ouster of Ali Abdullah Saleh, Yemen’s president, have clashed with government supporters in Sanaa, the country’s capital.

Plainclothes police also attacked the demonstrators, who marched to the Egyptian embassy in Sanaa on Saturday chanting “Ali, leave leave” and “Tunisia left, Egypt after it and Yemen in the coming future”.

The chants were referring to the ouster of Zine El Abidine Ben Ali in Tunisia early this month and to continuing demonstrations against Hosni Mubarak, the president of Egypt.

No casualties have been reported in the Yemen clashes.

Tawakel Karman, a female activist who has led several protests in Sanaa during the past week, said that a member of the security forces in civilian clothes tried to attack her with a dagger and a shoe but was stopped by other protesters.

“We will continue until the fall of Ali Abdullah Saleh’s regime,” said Karman, who was granted parole on Monday after being held over her role in earlier protests calling for political change in Yemen.

“We have the Southern Movement in the south, the (Shia) Huthi rebels in the north, and parliamentary opposition,” all of which are calling for political change, Karman said.

Yemen, one of the poorest countries in the Arab world, faces a growing al-Qaeda threat, a separatist movement in the south and a sporadic rebellion by Zaidi Shia rebels in the north.

“But what’s most important now is the jasmine revolution,” Karman said, who is also a senior member of the opposition Islamist Al-Islah (Reform) party and heads a rights group, Women Journalists Without Chains.

Karman also called for Thursday, February 3 to be a “Day of rage” throughout Yemen.

Protests have been taking place on a nearly daily basis in Sanaa since mid-January calling for an end to Saleh’s rule which began in 1978. Saleh was re-elected in September 2006 for a seven-year mandate.

A draft amendment of the constitution, under discussion in parliament despite opposition protests, could allow him – if passed – to remain in office for life.

Saleh had urged the opposition which rejected the amendment, to take part in April 27 parliamentary elections to avoid “political suicide.”

The mandate of the current parliament was extended by two years to April under a February 2009 agreement between the ruling General People’s Congress and opposition parties to allow dialogue on political reform.

The reforms on the table included a shift from a presidential regime to a proportional representation parliamentary system and further decentralisation of government – measures that have not been implemented. 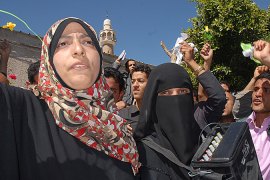 Tens of thousands of people, inspired by events in Tunisia, protest in Sanaa to demand President Saleh’s resignation. 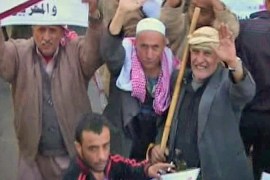 Tens of thousands take to the streets of Sanaa as a wave of public demonstrations sweep the region. 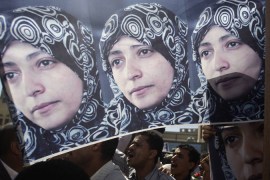 Female journalist and activist accused of organising ‘unauthorised gatherings’ has been released after protests. 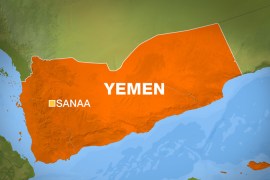 Leader of student rallies, which called for President Ali Saleh’s ouster, is held by authorities in the capital Sanaa.