Egyptian security officials have raided the Cairo office of Al Jazeera Mubasheer Egypt, roughing up its staff, detaining an editor and confiscating equipment, the news chief said on Thursday.

This is the second time this month Al Jazeera Egypt Mubasheer’s office has been raided after Egyptian authorities said the station and its staff were operating without permits.

Since its inception in March, the station was unique in that it carried live broadcasts of all major Cairo protests during the uprising that started in December.

The station’s news chief, Ahmed Zein, said the station applied for permits, and was promised it would receive them next week.

Zein said security officers dressed in civilian garb forced their way into the office in the Agouza neighbourhood in central Cairo, refusing to identify themselves and shoving the office staff into one room.

When a reporter asked them for identification and a search warrant, the security men pushed her, Zein said.

“We are trying to convince ourselves it’s about procedures,” Zein said.

He believes there are officials who are not pleased with the station’s focus on Egypt, saying, “I wish they’d just say it, instead of sending us on a permit chase.”

Activists and rights groups view the raids on the station, which broadcasts live around-the-clock from Egypt, as part of a larger crackdown by authorities on independent media.

“Someone, an authority or an official, is clearly getting fed up with the newly acquired freedoms in Egypt,” Ahmed Seif el-Islam, a human-rights lawyer, said in response to the raid.

The station’s office was shut down earlier this month because it did not have government-authorised permits to operate.

A government official speaking on condition of anonymity said the station is simply not allowed to operate until all the permits are cleared with the proper authorities. He would not say when the permits will be issued.

The raid is seen as an extension of wider clampdowns that include a freeze on new licenses for private satellite TV stations.

It also comes a day before planned protests demanding a timeline for an end to military rule, in place since Mubarak’s resignation in February.

Activists are also calling for an immediate end to 30 years of emergency laws. 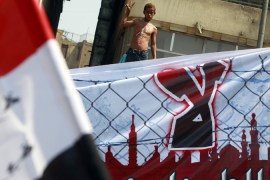 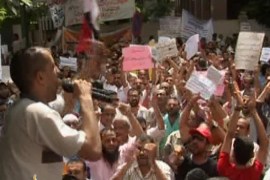