The attackers then set off explosives in several parts of the 25-megawatt plant.

Valery Shogenov, director of the plant, speaking on television, said employees had been tied up with duct tape but managed to release themselves.

Local police said two of the attackers were injured, as well as two plant employees, one of whom was in a serious condition.

Oleg Grekov, a regional official with the country’s emergency situations ministry, confirmed that two of the power plant’s turbines had been damaged.

“The third aggregate remained intact but the power plant has been halted, it is not working now,” he said.

The AFP news agency reported that Vladimir Putin, the Russian prime minister, was in constant contact with Igor Sechin, his deputy in charge of the energy sector, telling him to make sure the incident did not disrupt energy flow in the region.

“There is no danger of a technological accident or catastrophe,” Gennady Vykhristyuk, a regional official, said in televised remarks.

There has been no immediate word on who carried out the attack, but previous incidents in the region and across Russia have been claimed by a group calling itself the Caucasus Emirate.

Masha Lipman, a political analyst at the Carnegie Moscow Centre, told Al Jazeera that attack could have originated from any number of places.

“It’s not clear whether this violent attack orginates in this very particular area or any of the neighbouring region [in the Noth Caucasus].

“Some even venture in Moscow that it has to do with local politics.”

Lipman said that violence in North Caucasus region has stepped up in the past two years.

“What used to be just Chechnya as a source of violence is these days any of the several regions that comprise North Caucasus. It’s any number of problems … ethnic, clanish,  corruption, a common crime, radical Islam.

“On top of the problem being so enormously challenging it’s also the incompetent, irresponsible and not forward-looking policies of the Kremlin that aggravate the situation.”

At least 40 people were killed in bombings on the underground system in the Russian capital, Moscow, in March. The attack was among those claimed by the group.

That catastrophe was claimed by the Caucasus Emirate which said it had detonated an anti-tank grenade in the plant’s turbine hall. However, this was denied by authorities who insisted technical faults were to blame.

Earlier this month Putin announced a new economic drive to bring prosperity to the Caucasus and end the unrest that plagues the republics. 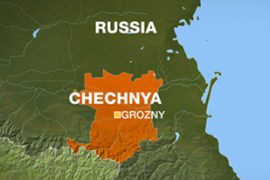 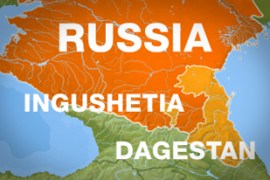 At least three dead after multiple gun and bomb attacks in Ingushetia and Dagestan. 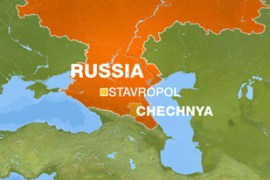 At least seven people killed after bomb explodes near a cafe in city of Stavropol. 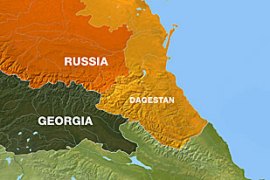