Under Myanmar’s 2008 constitution, passed in a disputed referendum, the head of the country’s armed forces chief will remain the most powerful political figure while key ministries will remain under military control.

Myanmar’s opposition National League for Democracy (NLD), which is boycotting the polls, condemned the move, saying it was consistent with their belief that the vote was a sham designed only to continue the military’s five decade grip on power with a façade of civilian rule.

“We have always expected the emergence of parties that are supported and backed by the army in the election,” NLD spokesman U Nyan Win told the Reuters news agency.

“Based on the 2008 constitution, the parliament after the election will mostly be controlled by army and retired army personnel.”

The NLD won Myanmar’s last election held in 1990 by a landslide, but the military refused to recognise the result.

The NLD’s leader, Nobel peace laureate Aung San Suu Kyi, has been jailed or held under house arrest for 14 of the past 20 years.

She has also been barred from standing in the forthcoming election.

Under the rules of the election, dubbed the “road map to democracy” by the military, a quarter of the seats in Myanmar’s new parliament will be reserved for the armed forces.

However if military officials run as civilians, they would not fall under that quota and could potentially take more seats in the chamber.

No date has yet been announced for the election, although observers expect it to take place around November.

So far, 19 organisations have requested permission to form political parties to run in the election with five so far given the go-ahead, most of them believed to be close to the military government.

Only four of Myanmar’s existing 10 parties have applied to run in the polls.

The deadline for registration is May 6. 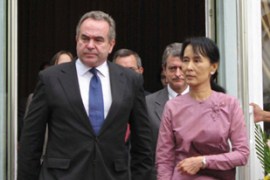 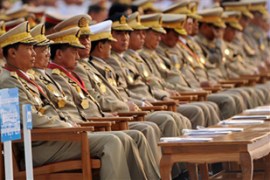 Myanmar’s National League for Democracy refuses to register for ballot later this year. 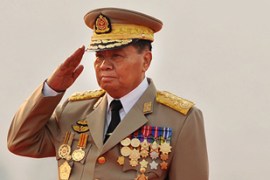 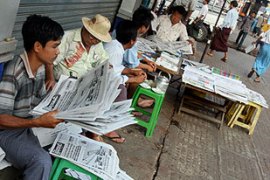 UN chief voices concern at lack of progress ahead of planned elections.