Go Daddy, one of the world’s largest internet domain companies, said they had taken the action because the Chinese government has begun demanding identification information from their customers.

“We’re concerned about the chilling effect we believe the requirements could have on new domain name registrations, and, therefore, the free exchange of ideas on the internet,” Christine Jones, Go Daddy’s executive vice president, told Wednesday’s hearing.

“We just made a decision that we didn’t want to act as an agent of the Chinese government and that’s really why we stopped offering the .cn domain name.”

The move makes Go Daddy the first US company to publically follow Google’s exit from the China market over disagreements with Chinese government regulations.

Go Daddy however was a far smaller player than Google, having just 27,000 domains in China accounting for less than 1 per cent of the company’s revenue.

Jones told the hearing of the Congressional-Executive Commission on China that Go Daddy had also been targeted by the same cyber attacks, believed to have originated in China, which prompted Google’s decision to stop following Chinese censorship rules.

Go Daddy said the China Internet Network Information Centre (CNNIC), a semi-government agency, had always required it to collect customer information such as names, addresses and contact details since it began registering .cn domain names in 2005.

Subsequently, the CNNIC wanted similar information collected from existing customers, threatening to disable their websites if they failed to provide the additional details.

Go Daddy’s business in China, he said, had “already been killed by regulations to begin with, and… represents a very tiny fraction of the company’s revenue of about one per cent.”

Kuo conceded that China was a very difficult environment to operate in, and one which posed an inherent risk to users.

“I think Go Daddy is doing the right thing in not compelling their people to turn over the information… or giving them the option of whether they want to continue with the domain name registration.”

Go Daddy’s Jones said only 20 per cent of the 1,200 customers it contacted had submitted the relevant documentation.

Byron Dorgan, a Democratic senator and chairman of the commission, praised the stance shown by Google and Go Daddy against China’s tightening of online regulations.

Chris Smith, a Republican legislator on the commission, said Go Daddy’s action was “a powerful sign that US IT companies want to do the right thing in repressive countries”.

“Google fired a shot heard around the world, and now a second American company has answered the call to defend the rights of the Chinese people,” he said.

Google on Monday announced that it had effectively shut its Chinese search portal, Google.cn, over censorship issues and had begun redirecting mainland Chinese users to an uncensored site in Hong Kong.

The company told the congressional commission that since the move it was seeing intermittent censorship of some internet queries from mainland China that had been rerouted to Hong Kong.

“We are well aware that the Chinese government can, at any time, block access to our services,” Alan Davidson, Google’s director of public policy, said in prepared testimony.

“Indeed we have already seen intermittent censorship of certain search queries on both google.com.hk and google.com.”

At the Chinese embassy in Washington Zhong Shan, China’s vice commerce secretary in charge of foreign trade, told reporters he had not been briefed on the Go Daddy move.

Commenting on Google’s withdrawal however he said it was an “exceptional case” and one he believed would not undermine investors’ confidence in China.

On Thursday, in the first sign of a possible Chinese backlash over the Google decision, mobile operator China Unicom reportedly dropped Google’s search function from its new handsets.

“We are willing to work with any company that abides by Chinese law… We don’t have any cooperation with Google currently,” the Financial Times quoted Lu Yimin, the president of China Unicom, as saying.

The report gave no indication of whether the China Unicom might eventually ditch Android altogether for a different mobile operating system.

There are currently at least 384 million internet users in China, and more than 750 million mobile subscribers, many of whom access web content via their handsets.

The reported move by China Unicom comes as other Chinese companies appear to be severing ties with the internet search giant.

According to the New York Times citing an unnamed source, China Mobile, the country’s biggest cell phone operator, is also likely to cancel a deal to use Google’s search engine on its mobile internet home page.

China has attacked Google for stopping its filtering of search results but said there should be no broader fall-out in Sino-US ties provided the issue is not politicised in the United States.

Internet censorship has drawn increased attention from US legislators since Google’s spat with China began, helping fuel a policy initiative by the US administration to promote global internet freedom.

“This is a foreign policy priority of the United States,” Ted Kaufman, a Democratic senator and co-chair of the Senate’s newly-formed Global Internet Freedom Caucus, said. 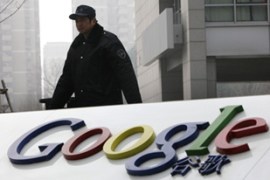 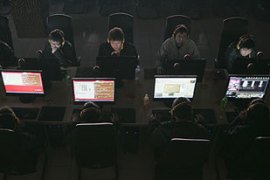 China ramps up pressure on Google 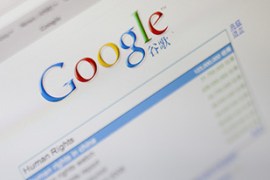 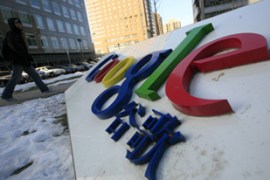