“It follows extensive discussions with our creditors, a thorough review of Dubai World’s business and significant financial support from the government.”

The plan would also separate Dubai World from its property development arm Nakheel, which will get $8bn in new funds from the government and become a separate entity fully-owned by the government.

Bank creditors will be asked to restructure their debt at commercial rates, while trade creditors would be offered a significant cash payment and some form of tradeable equity, the government said in a statement.

“Assuming sufficient support for the proposal, the 2010 and 2011 Nakheel Sukuk [Islamic bond] will be paid as they fall due,” the statement said.

“The Nakheel business plan allows work to continue as soon as possible and puts Nakheel on a sound footing,” al-Maktoum said.

“The government, as shareholder, will work closely with Nakheel so that any future projects are carefully planned and evaluated.”

Nakheel is the developer behind Dubai’s Palm Jumeirah and other man-made island projects.

Al Jazeera’s Dan Nolan, reporting from Dubai, said that it was significant that all the contractors who are owed money by the conglomerate would get an immediate cash payment of $137,000.

“This will cover around 50 per cent of the contractors who are owed, the remaining will get the same $137,000 and get the rest of their money owed as 50 per cent in cash and the rest in a bond or some other security,” he said.

“All the builders have had their work stopped or builders halted … so getting all the money out to them should have a significant impact on the economy here.”

The details of the plans were announced after creditors from international banks met in Dubai on Wednesday.

Dubai World sent shockwaves across financial markets last year when it said it would not be able to repay its debts on time and asked for a six-month freeze on debt payments.

Creditors were asked to allow the conglomerate to delay repayments until at least May this year and Dubai’s government received $10bn from Abu Dhabi, the capital of the United Arab Emirates, to help it keep the company operating.

In a conference call on Thursday, a government official said that no further assistance had been provided by the neighbouring emirate.

“This proposal is based on amounts remaining from the loans provided previously by the government of Abu Dhabi and from internal resources from the government.”

Dubai’s main stock market index was up 3.48 per cent an hour after opening on Thursday following the government’s announcement of support for Dubai World.

Dubai borrowed heavily during its boom years before the global  economic downturn, fuelling its rapid growth into a regional trade, tourism and information technology hub.

The emirate’s debt is estimated at between $80bn and $100bn, but some analysts have said it could be as high as $170bn.

Meanwhile, the former head of Dubai’s international banking hub has been detained over allegations of fraud.

Omar bin Sulaiman, the former governor of the Dubai International Financial Centre, is being held while prosecutors investigate claims that he wrongly spent $13.6m, the media office of the emirate’s ruler said.

Bin Sulaiman was a senior aide to the government until he and other advisers were removed from their posts in November as the emirate’s debt problems came to a head. 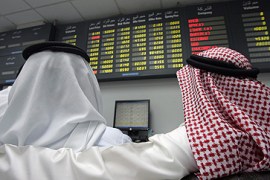 In-depth analysis from the heart of the emirate’s financial crisis. 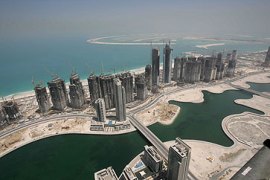 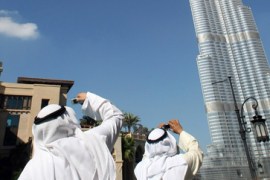 The price of Dubai’s bailout

A look at Dubai’s financial situation, plus the cost of increased airport security. 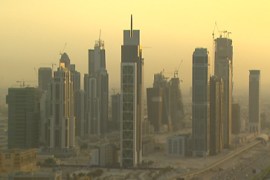 Capital of UAE gives $10bn to Dubai to help tackle its financial woes.