Israel’s announcement to build 1,600 new homes in East Jerusalem came during a visit to the region by Joe Biden, the US vice-president, sparking a diplomatic row between the two countries.

Israeli newspaper Haaretz said Clinton, in a phone call with Netanyahu on Friday, asked him to make a “substantial gesture” towards Palestinians to help restart peace talks.

She called for an official declaration that talks would deal with core issues, including borders, the status of Jerusalem, refugees, and settlements, the paper reported.

Clinton was also said to have requested an official response on whether Tuesday’s announcement was a “bureaucratic mistake, or a deliberate act, carried out for political reasons”.

Netanyahu has apologised for what he called the bad timing and ordered an investigation into how government officials unveiled the plans during Biden’s visit.

The announcement embarrassed Biden, who was visiting Israel in a bid to revive Israeli-Palestinian peace negotiations.

Amid the dispute, officials said on Monday that George Mitchell, the US envoy to the Middle East, had delayed a planned visit to the region, during which he had been scheduled to meet Israel and Palestinian leaders separately.

Michael Oren, Israel’s ambassador to Washington, said the spat had brought relations to a 35-year low and had created a “crisis of historic proportions”.

A major pro-Israel US lobbying group also said that the stern US remarks were “of serious concern.”

“Aipac calls on the administration to take immediate steps to defuse the tension with the Jewish state,” the American Israel Public Affairs Committee said on Sunday.

Al Jazeera’s Patty Culhane, reporting from Washington, said there are steps the US could take to pressure Israel over the settlement issue.

“There’s a lot of financial aid that the US gives Israel,” she said.

“One programme that the US has used in the past is reducing loan guarantees. The amount that the settlements cost Israel, that is the amount by which the US can reduce the loan guarantees to Israel.

Catherine Ashton, the EU foreign policy chief, who is currently on her first official visit to the region, has joined the chorus of criticism of Israel’s settlement plans.

Speaking in the Egyptian capital, Cairo, on Monday, Ashton said that the Israeli decision “endangers” indirect talks between the country and the Palestinians.

“The EU position on settlements is clear. Settlements are illegal, constitute an obstacle to peace and threaten to make a two state-solution impossible.”

Besides Ashton, Luiz Ignacio “Lula” da Silva, the Brazilian president, is also touring the region. He met Shimon Peres, his Israeli counterpart, on Monday, marking the start of a three-day visit.

Media reports suggest Lula is aiming to carve out a role for Brazil in mediating the peace process. 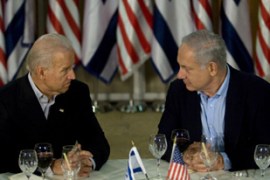 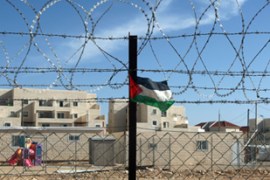 Lockdown extended and access to the al-Aqsa mosque restricted over fears of clashes. 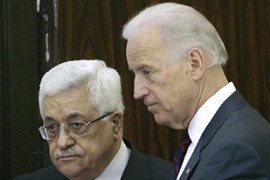 US vice-president appeals for no delay in Middle East talks amid settler homes row.