The chancellor said that she had also talked with Fillon about “more effective sanctions … that have more teeth” against eurozone members that run up extremely high budget deficits.

“The highest priority is to ensure that such a situation doesn’t happen again,” she said.

Both leaders made clear they did not see any danger of the mooted fund competing with the IMF.

The idea for the fund came after a series of strikes and protests in Greece which is struggling to deal with huge debts and has asked its eurozone neighbours for help.

Supporters of the plan say the fund would send a clear signal that there will be no breakup in Europe’s currency union.

Current EU budget rules require members of the euro currency to stick to limits on debt and deficit.

Any new fund would need such rules to be changed and require the assent of all members of the eurozone.

The idea has faced opposition from some quarters with Axel Weber, the head of Germany’s central bank, saying the idea was “unhelpful”.

Juergen Stark, chief economist at the European Central Bank, said that the fund “could be very expensive, create the wrong incentives and finally, burden countries [that have] more solid public finances.”

Christine Lagarde, the French economy minister, called the idea on Tuesday an “interesting approach” but one that “does not appear to me to be the absolute priority in the short-term”.

Earlier this week, Merkel said the idea was “good and interesting” but stressed that the scheme would only work if “sanctions” were imposed to penalise spendthrift nations.

The chancellor has also warned that the plan should not been seen as a bailout fund for European countries.

On Tuesday, she said: ” It should be seen as a last resort that should be able to deal with a state’s insolvency but with all the measures that are involved with these sort of things.

“There are also a whole cascade of sanctions that need to be reviewed. It would mean that the country it affects would not be able to decide itself and many many questions would need to be asked.” 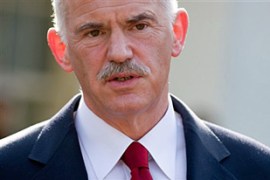 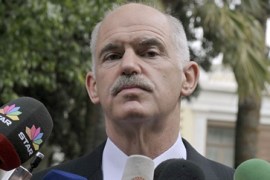 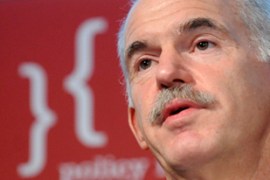 Pensioners protest as government confirms third round of cuts to tackle debt crisis.