Toyota said it was also recalling the Lexus HS250h luxury hybrid sedan, the Sai hybrid sold only in Japan and the Prius plug-in hybrid which is an experimental model used on a small scale in Japan.

The recall in Japan covers about 223,000 vehicles, with most of the rest of the affected cars thought to have been sold in the US – Toyota’s biggest market.

Toyota says it has fixed the software programming glitch in Prius vehicles that have gone on sale since last month, but not those sold before, starting last May.

“Let me reassure that we will redouble our commitment to quality as the lifeline of our company,” Toyoda told reporters at Tuesday’s press conference.

The company’s reputation for quality and reliability has been severely dented in recent weeks by a series of recalls of around eight million vehicles due to sticking accelerator pedals.

Vignesh Chandran, an auto industry specialist in London, told Al Jazeera: “If you look at real safety issues, there are regulatory boards that test cars before they go to market.

“It is consumer confidence that has really been affected. It is too early for us to say these cars are not safe.”

Toyota says it has fixed the programming glitch in Prius vehicles that have gone on sale since last month, but not those sold before, starting last May.

The Japanese media and politicians have been critical of its slow response and lack of action plan, and drivers told our reporter they felt betrayed by the company.

Toyota had been trying to make out the Prius braking issue as a minor quirk, but in the wake of its recent safety recalls with other models, many consumers feel that is just not good enough, he said.

The world’s top car maker has already recalled more than 8 million other vehicles worldwide in recent weeks because of safety concerns centred on floor mats and sticky accelerator pedals that can cause unintended acceleration.

The company’s North American plants have resumed production of eight models involved in the earlier safety recalls now but faces a potential rush of litigation.

At least 30 class-action lawsuits have been filed against the Japanese car maker over the accelerator pedals and on Friday it faced its first US suit over complaints of faulty braking in its Prius model.

The National Highway Traffic Safety Administration (NHTSA) in the US says it has opened a formal investigation into Prius-related complaints of “momentary loss of braking capability while travelling over an uneven road surface, pothole or bump”.

The NHTSA has received nearly 200 such complaints since February 3, including four reports of accidents, two of them said to have resulted in injury.

Despite its problems, Toyota’s shares, which have lost about a fifth of their value since late January, were up 1.7 per cent early on Tuesday.

Hiroaki Osakabe, a fund manager at Chibagin Asset Management, said Toyota shares fell while the company “appeared not to be doing anything to deal with its problems”.

“But now, the fact that they’re taking concrete steps on the issue is being seen as positive,” he said.

He warned, however, that “the gains will be limited since many investors want to see the impact of the problems on US car sales, with more share selling ahead if there’s a big drop”. 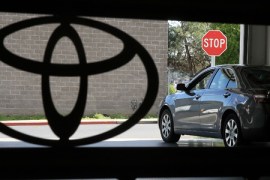 Safety concerns have led the car manufacturer to recall millions of vehicles. 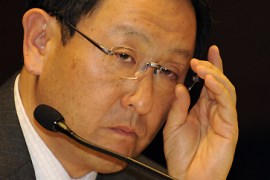 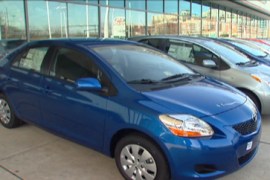 Japanese car manufacturer’s problems worsening in the US as huge recall continues. 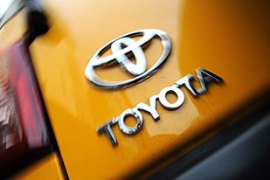 US to probe Toyota brake failure