“This has been done because Yanukovich does not believe in his victory and he wants to get a result only through falsification,” she said, urging Yushchenko not to sign the electoral rule changes into law.

“I think that the president, who has spoken much about honest elections, is simply obliged to publicly refuse to sign the law,” Tymoshenko said.

“His signature will be a death sentence on honest elections in Ukraine and, as a result, to democracy in Ukraine.”

But Yanukovich responded to the accusation, suggesting his rival was just engaging in character assassination, as he appealed for support in the coal-rich, overwhelmingly ethnic Russian Lugansk region on Wednesday.

“This is someone who delights in swimming in mud,” Yanukovich said during a televised question-and-answer session in  Lugansk, a city near the border with Russia.

“She is trying to distract society’s attention from the failed policies that she and her team have carried out over the past five years.”

Both candidates have traded accusations of attempts at rigging the election, but international poll monitors said a first round of voting last month was “clean” and instead criticised politicians’ “unsubstantiated” charges of large scale fraud.

The outcome of Sunday’s election will be crucial for the ex-Soviet republic’s future relations with Russia, and its place in Europe.

It should also produce a government capable of resuming talks with the International Monetary Fund (IMF) over a suspended $16.4bn bail-out programme for the struggling economy.

Tymoshenko, 49, trailed Yanukovich by 10 per cent in the first round of voting on January, 17. Although most observers say the outcome of Sunday’s election is too close to call.

Yanukovich, 59, a former prime minister who faced mass “Orange Revolution” protest in 2004, was denied the presidency after a rigged election.

However, he enjoys popular support in the Russian-speaking east and south.

Tymoshenko, a leader in the Orange Revolution, has strong support in the Ukrainian-speaking west and the centre. But her ratings have taken a hit as Ukraine sank deep into recession and analysts say her fate may depend on a strong turnout.

The Regions Party had argued that the quorum could be abused by Tymoshenko’s supporters if her representatives failed to turn up at the polling station, thus delaying the approval of the count or making it impossible altogether.

Yushchenko and Tymoshenko were comrades-in-arms in the Orange Revolution but later became sworn enemies, their relationship poisoned by a perennial power struggle and mutual accusations of criminal wrongdoing.

Since 2004, Yanukovich has sought to reinvent himself with the help of Western PR strategists and to show he is not a servant of the Kremlin but a defender of Ukrainian interests. 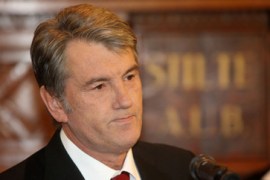 The Ukrainian president talks about seeking a second term. 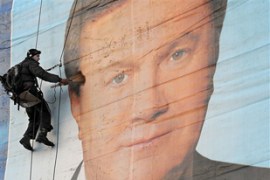 Move seen as blow to prime minister, who is running for president in upcoming vote. 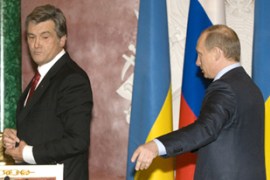 Dmitry Medvedev to send envoy to Kiev after electoral defeat of country’s president.

Opposition leader ahead in presidential election but faces second round of voting.