The World Health Organisation (WHO) estimates that around one-third of cancer deaths are preventable, through education programmes, better detection and treatment.

As a result, the disease hits hardest in developing countries, where such programmes are rudimentary, if they exist at all.

Experts say this “silent pandemic” will overwhelm health services already struggling under the burden of other diseases.

Forty per cent of the 12 million people diagnosed with cancer each year could avert the killer disease with protection against infections and lifestyle changes, according to organisers of World Cancer Day.

The number of global cancer deaths is projected to increase by 45 per cent by 2030 (from 7.9 million in 2007 to a projected 11.5 million deaths), influenced in part by an increasing and ageing global population.

The incidence of cancer rises dramatically with age, with the overall risk accumulation combined with the tendency for cellular repair mechanisms to be less effective, as a person grows older.

And the burden of the disease weighs heaviest in the world’s poor countries.

The number of cases are expected to double in the next 10 years, yet only five per cent of global resources for cancer are spent in the developing world.

“We are aware that many people die of cancer very quietly and even when they are diagnosed it is too late, often they cannot afford to travel to treatment centres.

“We just need our government to step up and have advocacy across the nation and realise that if we do not do anything about it right now, we will end up with a crisis on our hands which we will be unable to manage,” she said.

Cancer is a generic term for a large group of diseases that can affect any part of the body. Other terms used are malignant tumours and neoplasms.

A defining feature of cancer is the rapid creation of abnormal cells that grow beyond their usual boundaries, and which can then invade adjoining parts of the body and spread to other organs.

This process is referred to as metastasis. Metastases are the major cause of death from cancer. 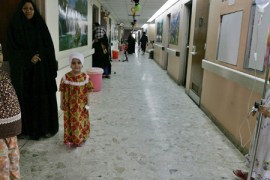 Are rising cancer rates a result of radioactive weapons used during the US invasion? 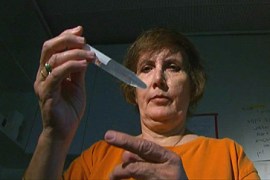 Israeli scientists find substance that may help to battle cancer. 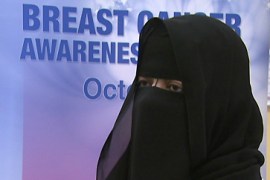 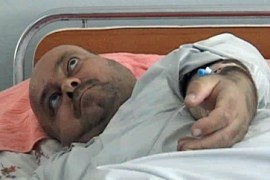 Locals blame depleted uranium from US ammunition used in the 2003 invasion.