He added that what was needed was “putting constant pressure on China and other countries to open up their markets in reciprocal ways”.

Obama also hinted that the strength of China’s currency, the yuan, remains a divisive issue amid growing anger in the US Congress over the country’s monetary policy.

Many Western policymakers accuse China of keeping the yuan artificially low for the benefit of its manufacturing industry, funding a flow of cheap exports around the world and causing job losses in firms unable to compete.

US politicians from both major parties have accused Obama and George Bush, his predecessor, of being soft on China by refusing to declare it a currency manipulator.

However, analysts say that Obama’s comments are predominantly aimed at appealing to a domestic audience rather than to seriously put pressure on Beijing.

The Chinese government has repeatedly stated that its exchange rate policy is an internal matter, and has warned the US against falling prey to protectionist sentiment.

Obama’s message of a tougher stance with Beijing comes against a background of growing strains in Sino-US ties, particularly over Beijing’s repeated warnings against the US president meeting the Dalai Lama.

The exiled Tibetan spiritual leader is due to visit the US later this month and on Tuesday White House officials confirmed that he would meet Obama, although where and when has yet to be announced.

That has infuriated Beijing with Chinese officials saying that that Hu Jintao, the Chinese president, urged Obama not to meet the exiled Tibetan leader during a summit in Beijing in November.

“We urge the US to fully grasp the high sensitivity of the Tibetan issues, to prudently and appropriately deal with related matters, and avoid bringing further damage to
China-US relations.”

Further fuelling Sino-US tensions is a recent announcement that the US has agreed to $6.4bn weapons package for Taiwan, the self-ruled island that China views as a renegade province.

Tensions over cyber security and control of the internet have also soured ties.

Internet giant Google said last month that would no longer follow Chinese internet censorship laws and may pull out of the country altogether after it uncovered a “sophisticated” computer attack on the email accounts of human rights activists protesting against Chinese policies.

Hillary Clinton, the US secretary of state, called on China to investigate the alleged cyber attacks in a “transparent” manner and said countries restricting free access to information risked “walling themselves off from the progress of the next century”. 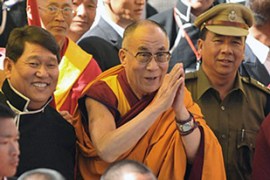 US president to meet Tibetan spiritual leader despite China warning it could worsen ties. 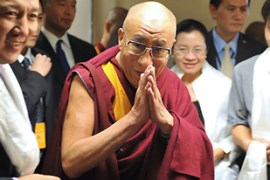 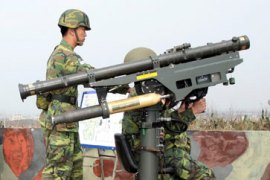 Is it just rhetoric or is a serious dispute looming between China and the US?