The US, Japan and South Korea have said that they would not resume nuclear negotiations with North Korea until it stops its “provocative and belligerent” behaviour and takes concrete steps to roll back its nuclear arms programme.

However, US Secretary of State Hillary Clinton and her counterparts Kim Sung-Hwan of South Korea and Seiji Maehara of Japan, who met in Washington on Monday, were vague about how they would deal with North Korea’s “belligerent” behaviour.

The three-way meeting comes after North Korea’s shelling of a South Korean islandon November 23, killing two marines and two civilians, and after it revealed a uranium enrichment programme that alarmed US scientists

“They need to demonstrate a seriousness of purpose in ending their provocations and let the world know they are now ready to come to the table and fulfill the commitments they have already made,” Clinton told reporters after the meeting.

“We all agree that North Korea’s provocative and belligerent behaviour jeopardises peace and stability in Asia,” she said at a closing press conference with Kim and Maehara.

Asked about China’s absence, Clinton said Monday’s meeting was specifically intended to coordinate with US treaty allies Japan and South Korea rather than convene a larger group.

“We look forward to China playing a vital role in regional diplomacy.

“They have a unique relationship with North Korea, and we would hope that China would work with us to send a clear, unmistakable message to North Korea that they have to demonstrate a seriousness of purpose,” she said.

China, a traditional supporter of North Korea, has called for an emergency session of the so-called six-party talks with the US, Japan, South Korea, Russia and China in negotiations with North Korea.

But Clinton made clear that Washington, Tokyo and Seoul view a resumption of talks as tantamount to rewarding North Korea for behaving badly.

The North has established a pattern of taking provocative actions, such as testing a nuclear device and launching ballistic missiles, and then seeking through negotiations to gain concessions from the US and its partners.

Part of Clinton’s message was that the Obama administration will not go down that path, although she also reiterated that under the right conditions the US is willing to talk to the North.

They said it violates UN Security Council resolutions as well as the North’s 2005 commitment to denuclearise.

“Resumption of the six-party talks will require the [North] to make sincere efforts to improve relations with the [South] as well as taking concrete steps to demonstrate a genuine commitment to complete, verifiable, and irreversible denuclearization,” the US-Japan-South Korea statement said.

To underscore a message of solidarity, the Obama administration also announced that Admiral Mike Mullen, the chairman of the Joint Chiefs of Staff, would go to Seoul and Tokyo this week to consult with senior military officials and to reassure both allies of the US’ commitment to their defence. 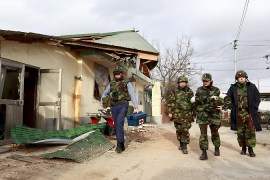 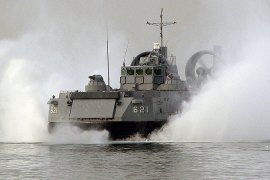 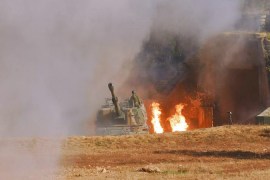 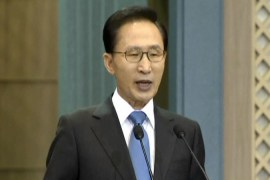